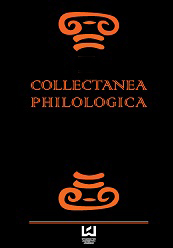 Summary/Abstract: The ancient Greek tradition talking about the relationship between man and the world so often, has been becoming for ages the basis for the efforts of explanation of man’s place in the universe. Such an effort is visible in the literary works of Zbigniew Herbert and Albert Camus. The purpose of that sketch is to demonstrate the Promethean myth reception in the works of both writers in a way that provokes thoughts about literary parallels that unites those two writers. In Prometheus, asking about the human conscience, memory and solidarity, as in Camus, as well as in Herbert, the author,Joanna Roś, sees some kind of a symbol that would connects „parallel lifes” of Zbigniew Herbertand Albert Camus.