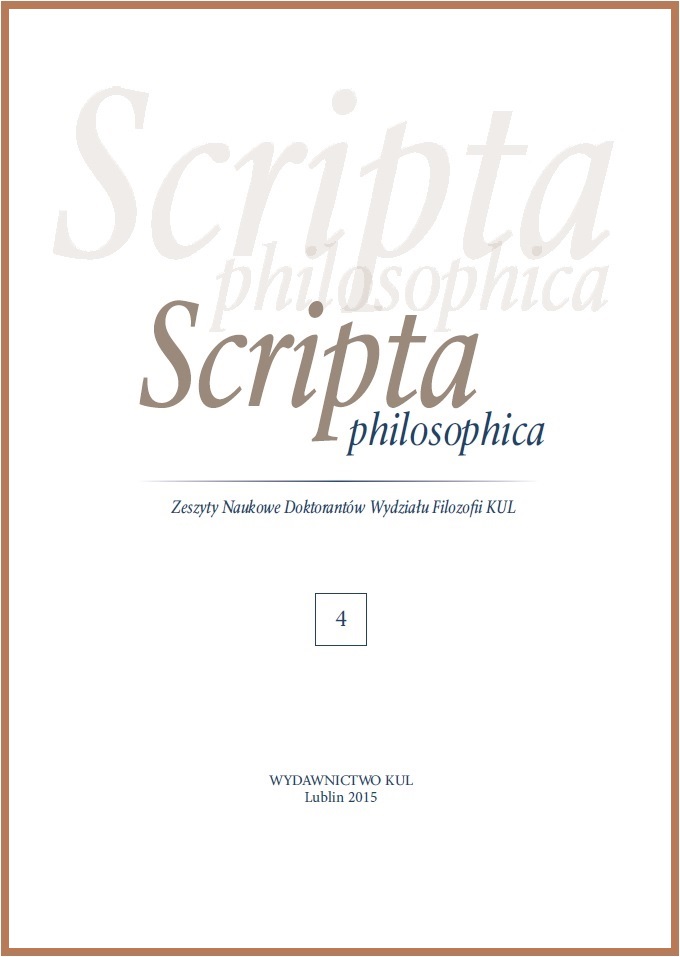 Contribution to the dialogue – not just philosophical

Summary/Abstract: Finding St. Augustine’s influence on texts of Albert Camus, in order to call it complementary, would have to rely on the analysis of the wholework of the French writer, since the “presence” of Augustine in work of Camus does not break off at any time of his literary activity. In contrast, it starts to have its overtone in the one of the first texts which have come out from the pen of young Camus. Thus this article has to serve as a reminiscence of the previous findings and at the same time their explanation (as they are not always methodologically satisfactory), and also as a sketch for a thorough monograph, showing a variety of fields, in which dialogue of St. Augustine with Camus takes place, containinga reference to those fields, that have not been the subject of interest yet.