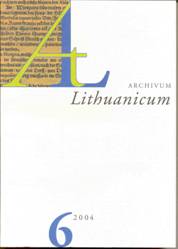 Summary/Abstract: In 1778 the Italian printer Giambatista Bodoni (1740-1813) printed La Faustina, a book, which was composed without the long letter <µ> for the first time in his press. In 1781 the newly cut fonts by the French printer Francois-Ambroise Didot did not include that grapheme either. This way in the last two decades of the eighteenth century the fashion to stop using the letter <f> in print began to spread throughout Europe.