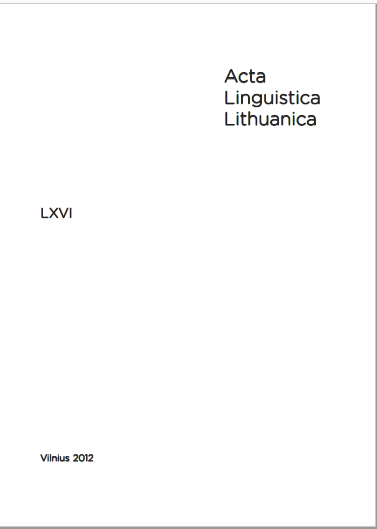 Summary/Abstract: The article discusses fifty-one oikonyms of Nemajūnai Parish recorded in the 19th century written sources. The analysis of the origin and formation of each name of settlement shows that in the 19th century the parish was dominated by the oikonyms deriving from personal names. The derivatives with the suffix -iškės prevailed. There are less names of settlements with the suffixes -ūnai, -onys, -ėnai deriving from personal names. Several oikonyms which can be traced to appellatives were also found in the 19th century record books of Nemajūnai Parish. By their morphemic structure, the latter can be divided to primary or compound names of settlements. Apart from linguistic knowledge, each oikonym is accompanied by the comments of historical type.