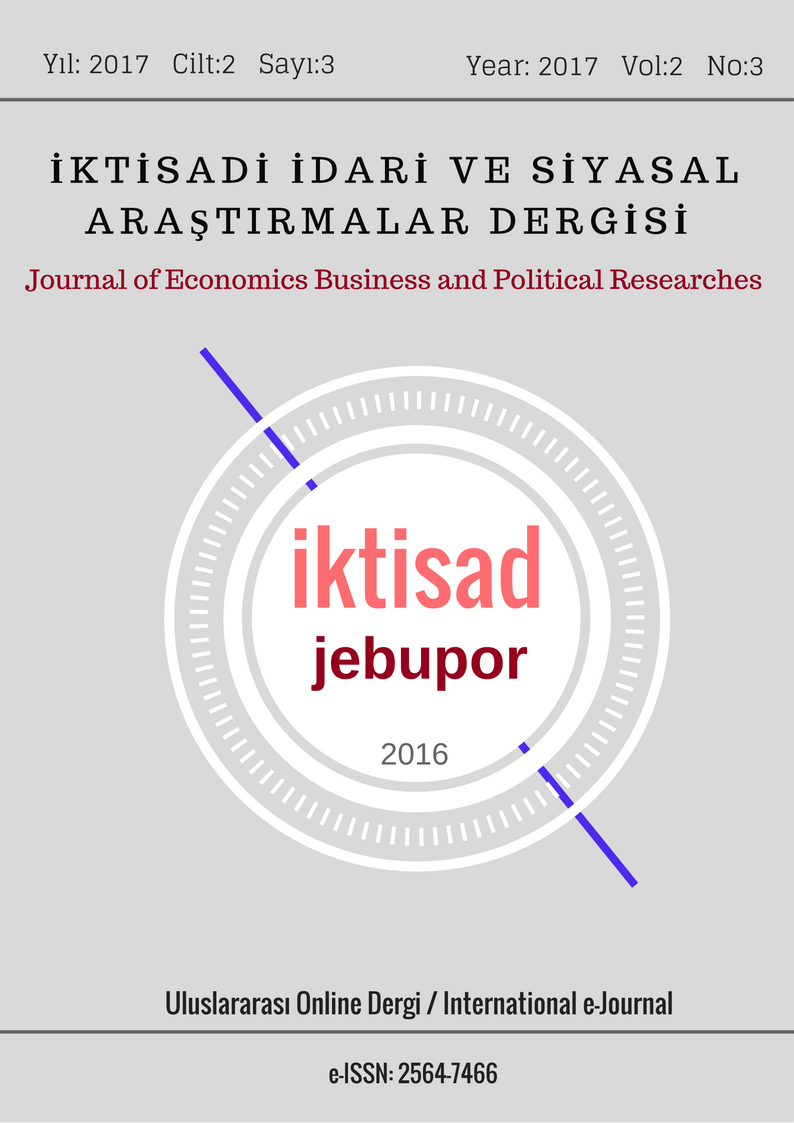 Summary/Abstract: Shadow employment is that the workforce in an economy operates without necessary registrations. It can also be described as working out of a state control and the aim is working without fulfilling responsibilities related with taxation and social security. Carrying out economic activities within the sovereignty of the state, but not making relevant declarations and not fulfilling responsibilities have various effects on the economy both positively and negatively. Since 2011 the ongoing Civil War in Syria has been forcing the people to migrate within the country and abroad, which causes them to be described as refugees. Turkey is in the forefront among the countries where the Syrians have migrated to so far. There are different perceptions about the definition of the legal status of and what would be the legal status of the Syrians who passed on to Turkey from Syrian border. Syrians, who find refuge in Turkey, are legally given a “temporary protection” status and continue their lives there. The costs of following the "open door policy” for Syrian asylum seekers to Turkey, and the problem of shadow employment caused by them in the country have had some effects on the Turkish economy. In this study, the effects of the Syrians under temporary protection on the Turkish economy due to their unregistered employment are evaluated.