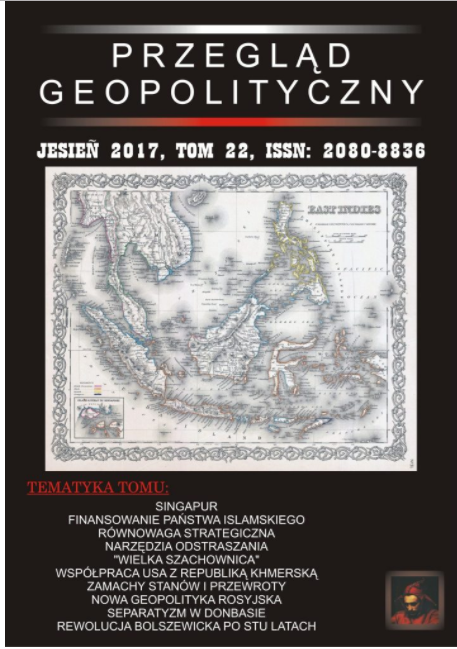 Summary/Abstract: The Khmer Republic sometimes is referred to hold the status of ‘the forgotten land’. Theterm, imposed by international relations historians, reflects their ongoing tendency to paya greater attention to Vietnam’s affairs in context of studies devoted to U.S.engagement in the Second Indochina War. The presence of Americans in today’sCambodia during the 1970-1975 period is usually depicted as less meaningful factor, andits significance in terms of the success of the whole Indochina operation is unfairlydiminished. The aim of this article is to present the general U.S. influence over therunning of the Khmer Republic country which history remains marginalized in theshadow of tragic events related to the subsequent leadership of the Khmer Rouge after1975. This paper raises an issue of the strategic role of the country in the U.S. foreignpolicy and focus on bilateral relations between United States of America and the KhmerRepublic on the grounds of military and economic assistance. The additional level ofanalysis encompasses diplomatic games which were calculated to enable the survival ofone the last anticommunism strongholds in the Indochinese Peninsula. The article aimsat finding an answer to the question of actual reasons and motivations behind U.S.engagement in the Khmer Republic as well as it tries to recognize if political costs of Richard Nixon’s approach towards general Lon Nol’s regime can be justified by theultimate goal of the emerging of sovereign Cambodia, free from communist infiltration.