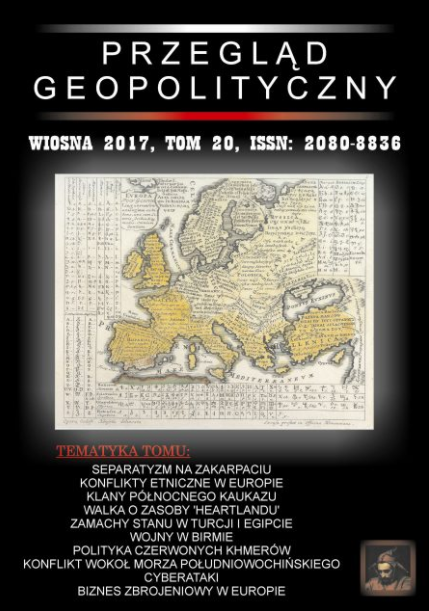 Summary/Abstract: In 1975 Cambodia's pro-American government of general Lon Nol was overthrown, andthe power was took over by a marxist guerilla called Khmer Rouge. As a result ofupheaval, the cities' dwellers were exiled to the countryside to begin a new life inconsonance with the conception of self-sufficiency and moral revival. Eventually,communist regime of Pol Pot contributed to the death of millions of Cambodians whowere subjected to political killings and suffered from diseases, widespread hunger andslave labor. Despite implementation of the isolationist doctrine, even such reclusivecountry conducted its own foreign policy and maintained contacts with the outsideworld. This article is related to the question of international relations of DemocraticKampuchea between 1975 and 1979. The paper is mainly concerned with relationsbetween Cambodia and the group of particular countries which include the mostimportant state actors in the region of South-East Asia, the closest allies of Pol Pot'sregime and significant third states.