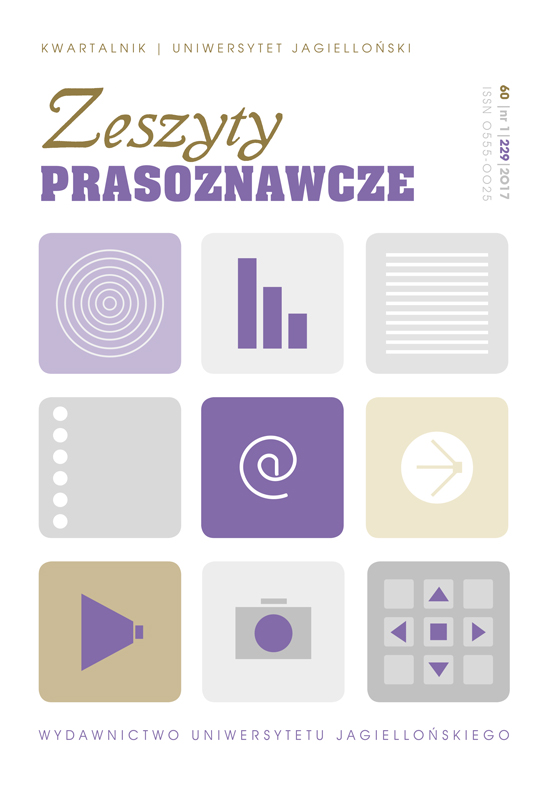 Summary/Abstract: The 60th anniversary of Zeszyty Prasoznawcze and Press Research Centre coincides with the debut of the first – in the history of Poland, but also in the whole Eastern bloc – periodical devoted to the de facto banned Western music (jazz, rock), i.e. Jazz (1956), later renamed to Magazyn Muzyczny. Two years later, PR III had its inauguration, and then the Scouting broadcasting station, which for several decades were just a few means of mass communication which could to some extent promote culture, art and especially music from behind the “Iron Curtain”. The article is concerned with the description of the beginning and evolution of media dedicated to youth music fans (rock, jazz, pop).