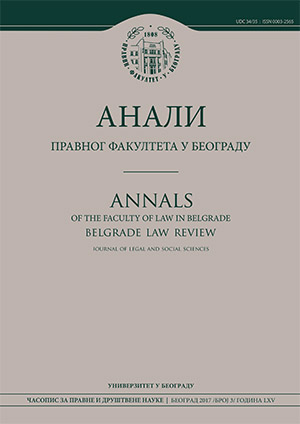 Summary/Abstract: Kanzel paragraph is the regulation which bans priests to discuss political matters from the pulpit. It was inserted as Article 130a in Penal Code of German Empire (1870). After this Article, as a model, kanzel paragraph was created as paragraph 7 of article 12 St. Vitus Constitution. In Constitutional Assembly and Committee there were presented many cases of misuse of pulpit and spiritual power on whole. In one case, a priest got out of alter to have a talk with God and after he came back and said: ‘The God recommend you to vote for this one.’ Deputies also pointed out many reasons for and against the kanzel paragraph. Among reasons against was an allegation that priests delivering sermon could not avoid political and party issues; that priest have his own jurisdiction; that kanzel paragraph would enable the police to get into churches; that kanzel paragraph would be a source of conflicts with millions of Roman Catholics inside and outside of the country. Main reason for kanzel paragraph was the fact that priests had status of sui generis public officials. Also, it served as a protection for citizens who could be slandered by misuse of pulpit. The most historical importance of kanzel paragraph was not in its enforcement and practice but in comprehensive debate during its creation which comprise analyses of permanent values.