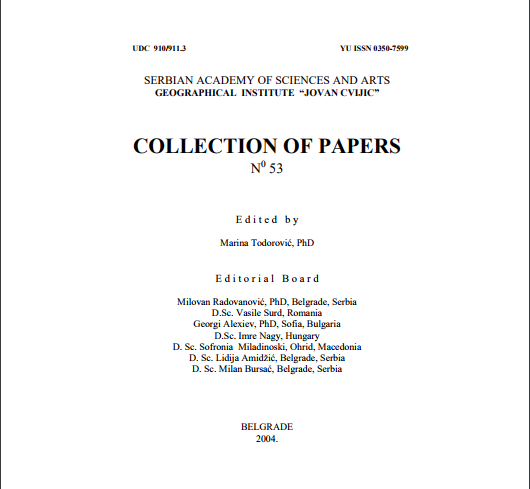 Summary/Abstract: The benefits of opening the state borders with the stress on its integration function through the constitution of crossborder regions cannot be achieved without a synchronized transport development. For South Eastern European countries, the top priority project would be the formation of panEuropean transport corridors defined on Crete in 1994 and amended later on in Helsinki in 1997. Six of ten corridors pass through the territory of South Eastern Europe. Due to their transport and geographical locations, the capitals of the region should represent the key nodes on the main transport directions. Corridor X with its technical, economic and functional characteristics represents the axis of the entire transport network in SE Europe. Formation of this network has as its ultimate goal the functional inter-regional integration with simplified and accelerated transport lines. This also means the open barriers but at the same time, improved and harmonized transport infrastructures and services.