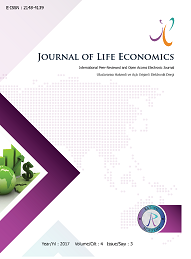 Summary/Abstract: The rotating presidency, which takes place every 6 months in the European Union, is a system in which the heads of states and governments can show themselves in the international arena. Member states which are holding the presidency work together closely in groups of three, called trios. The trio sets long-term goals and prepares a common agenda determining the major issues over an 18 month period. This system, which has existed since the beginning of the European Union, has been renovated and developed by processes of enlargement and deepening. In this study, especially after the entry into force of the Treaty of Lisbon, the politics of the countries that preside over the term will be analyzed. In this framework, it will be analyzed that whether the trio has a common policy or each president country tries to apply the country's own priorities. As a result, it will be attempted to understand the extent to which this system, which has a political prescription, contributes to policy-making in the European Union.