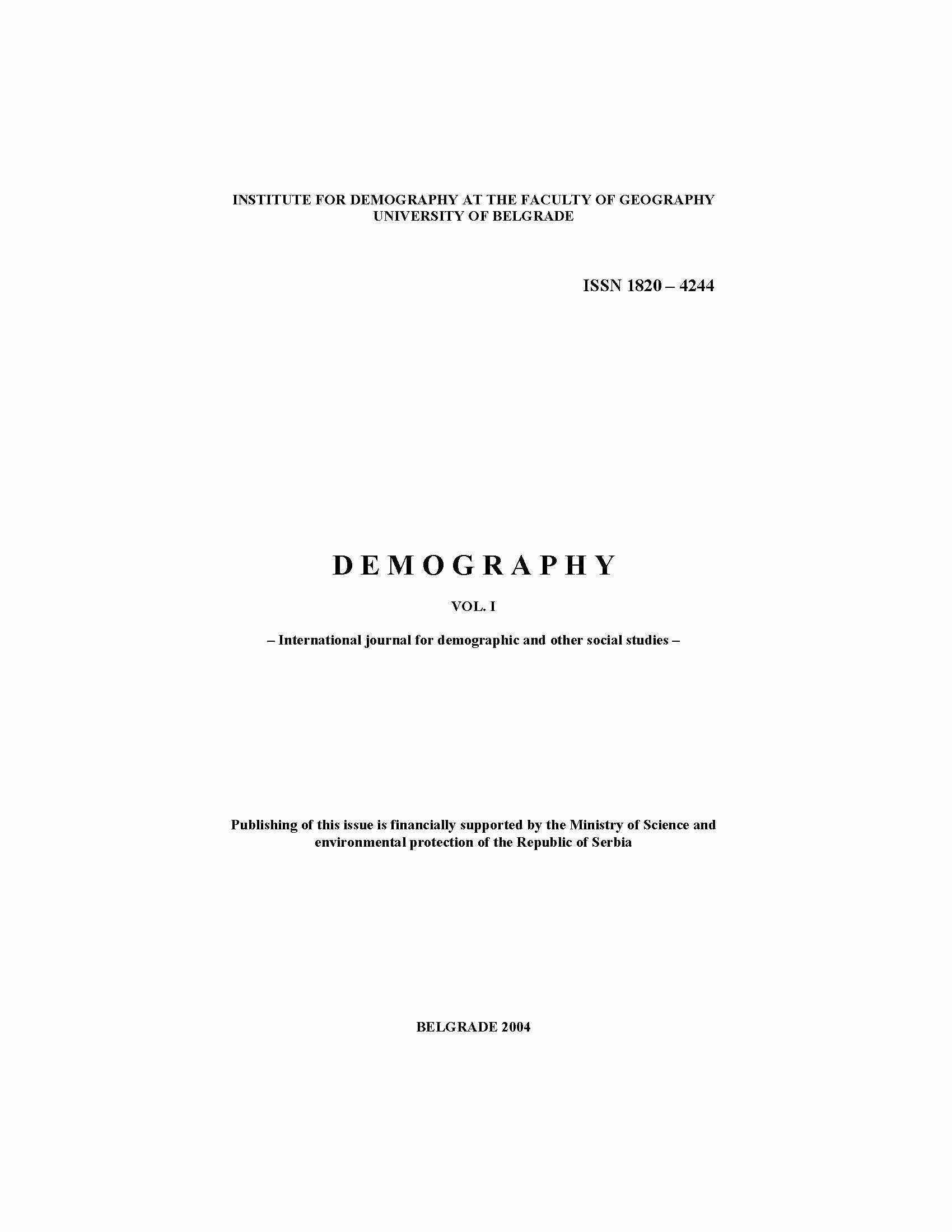 Summary/Abstract: The importance of the religious factor as the risk, existing in the demographic characters of the population of Serbia has never been separately studied. It is, nevertheless, well known that confession’s norms and learning add to formulation of some kind of thinking which are very important for the reproductive behavior. Statistical data taken from the census, as well as vital statistics, show that the relation with a certain religious system, had an impact upon the actual status of the difference of the fertility and the death rate of the population of Serbia. However, the religious influence on the demography characteristics and changes of the population should be seen as part of complex work of the socio-historical and other factors which are done by the development of the population.