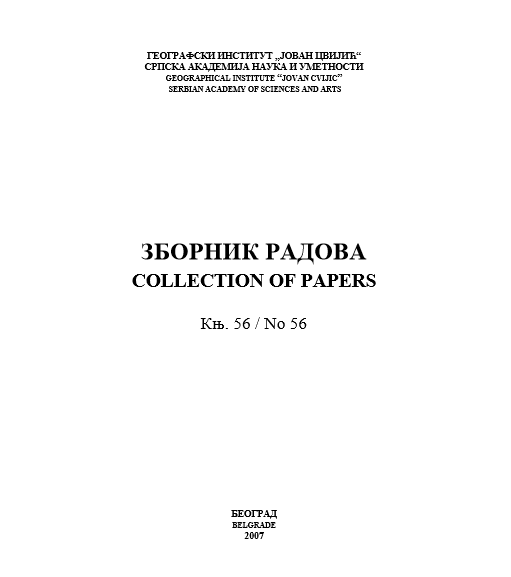 Summary/Abstract: The main goal of this paper is to point out the problem of under developedareas in South Morava region as well as the factors that influenced those areas slowly withered away. The paper is particularly dealing with the influence of the morphometric characteristics of the observed territory on the size of the settlements and their economic structure. Negative trends of reducing the larger settlements and increasing the numberof the smaller ones are more intensive in mountain areas than in Central Serbia. SouthMorava region, which includes two districts, Jablanički and Pčinjski, is economically worse than other regions in Serbia. The main reason to research this problem is to identify and follow the negative demographic tendencies and economic lagging of the area, significantly contributing to more successful realization of national, republic,regional and local interests in the area of South Morava.