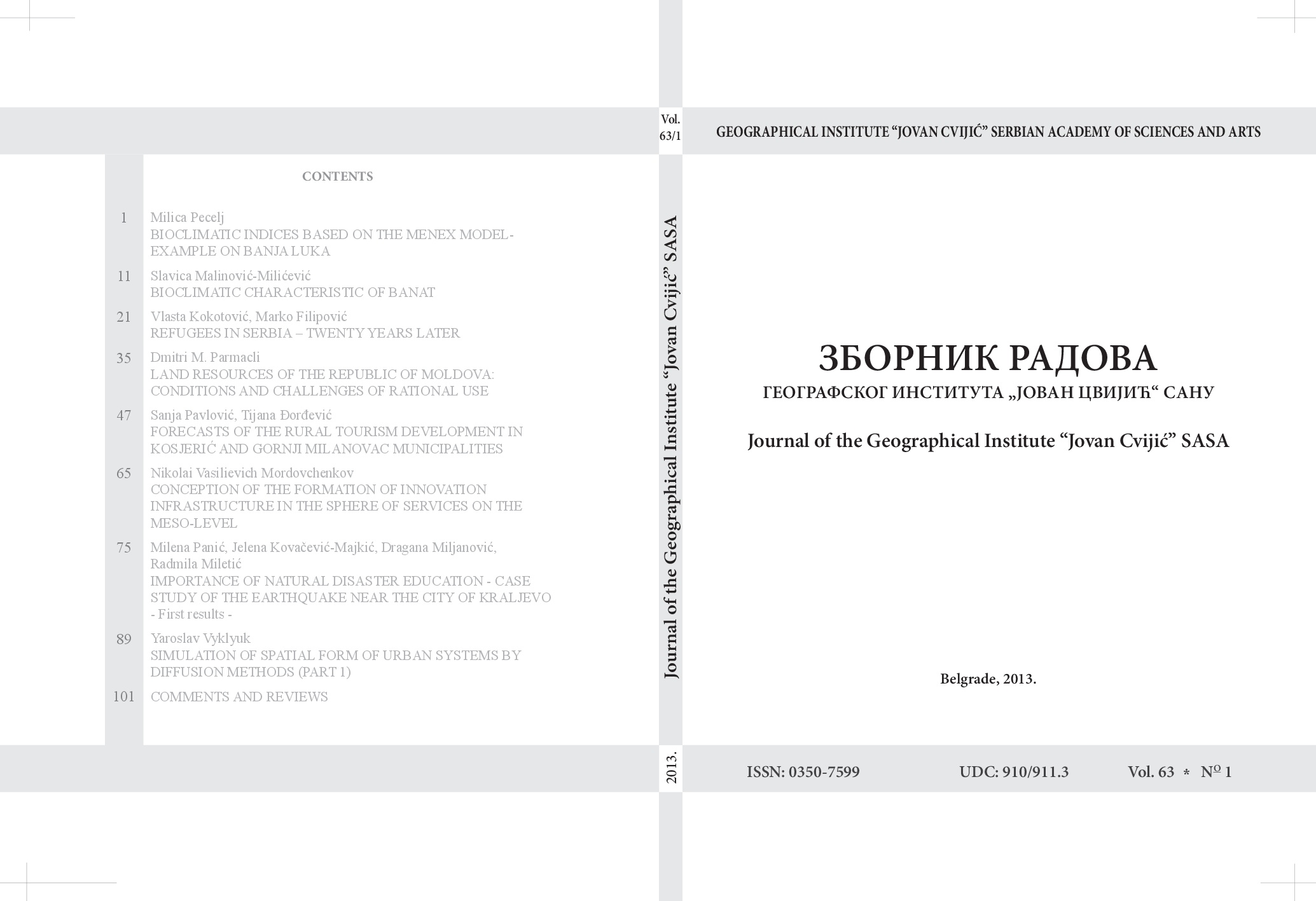 Summary/Abstract: Natural disasters education is a very important part in the prevention of natural disasters. If it is applied from an early age, it would be successful and will yield positive results, namely to reduce the risks and consequences. A good platform for the implementation of natural disasters education is the formal aspect of education, precisely, subjects in elementary and secondary schools, including the geography as an interdisciplinary science which provides broad opportunities for understanding of all aspects of natural disasters and thus plays an important role in preventing. Given the existing content of natural disasters in the curriculum, as well as in geography textbooks in which mainly deal with natural processes and partly their consequences, we conducted a survey of school-aged children which included checking of acquired knowledge, perception of risk of seismic hazard and response to a specific disaster. Selected territory was the town of Kraljevo, which was hit by an earthquake magnitude 5.4 on November 3rd 2010. The research was conducted through a survey testing of elementary school pupils. The questions are grouped into four segments: issues related to the activities and feeling of pupils "during an earthquake," feelings and activities "after the earthquake", "sources of knowledge about earthquakes" and "tipes of training they need." The results were analyzed by statistical methods, which have proven hypotheses relating to each of the above segments. They showed that only 12% of pupils responded correctly at the time of the earthquake, that 60% of pupils are not aware that their reaction was wrong during the earthquake, the earthquake has left a significant impression on the 61% of pupils and almost all pupils expressed an interest in training on appropriate behavior during disasters.