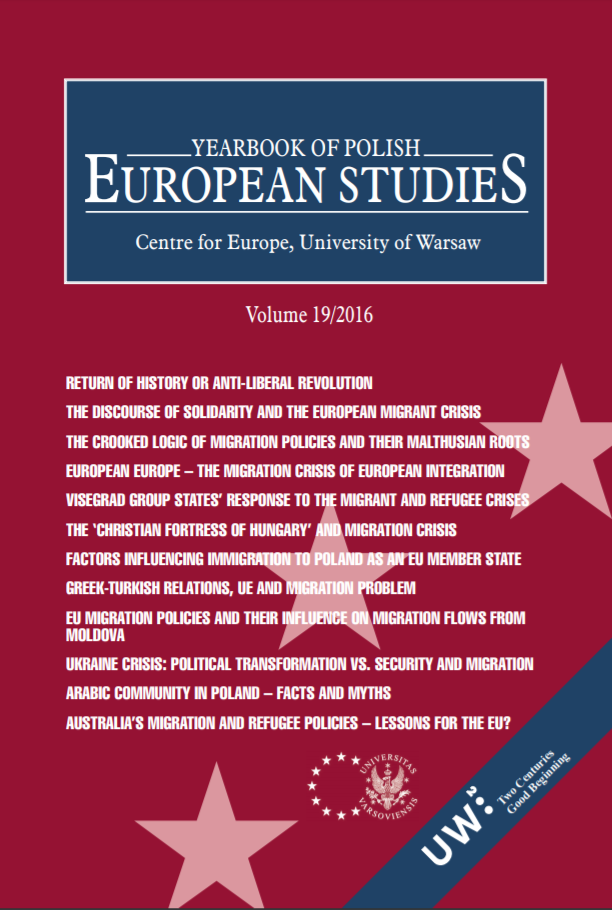 Summary/Abstract: Refugee/immigrant crisis in Europe is connected mostly with Arab or Muslim minorities. Negative perceiving of those groups in Poland is often based on stereotypes, myths and exaggerated facts. In this paper was made an attempt to confront the image ofthe Arab community living in Poland, which is functioning among Poles with the ownimage of the group, reconstructed on the basis of interviews and surveys conducted with representatives of the Arab community and Poles in the research field. Most frequently repeated myths about Arabs occurring among Polish respondents also was and the most popular stereotypes relating to the tested group. Myths and stereotypes have been confronted with the results of Author’s own research, which undermine their legitimacy.