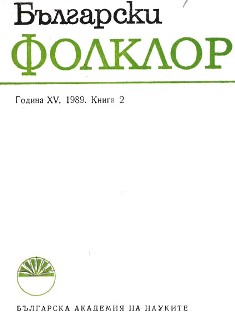 Summary/Abstract: The article backs up the view according to which shamanism is regarded not so much as a given stage in the evolution of religious thinking but, on the functional level, as a certain technique inherent to various epochs when religion was not so rigidly organized and centralized. Besides a survey of existing studies on Thracian shamanism, on the images of Orpheus, Zalmoxis, etc., based exclusively on written sources, the author offers also an analysis of the evidence provided by available examples of Thracian visual art. The study traces the structure of the shamanic initiation (separation, liminality) and analyses in particular the forms of election, the ritual death (beheadal, hanging, etc.), the shaman’s journey and his techniques (shift of sex, catabasis, ascension on the shaman’s tree, passing across a river, flight by means of an eagle, journey by means of a she-bear, or a stag). Special emphasis is put on the analysis of typical Thracian images, that of the “eight-legged stag” in particular, which have been here interpreted within the context of Thracian shamanism.