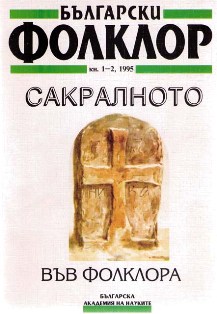 Summary/Abstract: The article treats the myth of the Thracian heroine Harpalike, who had been sacrificed by her fellow-tribesmen. The myth represents a state of a sacrificial crisis: the kings, whose vocation is to be a model of justice, break the social norms (the father is cruel and sinful, he even commits incest with his daughter); the girl who is obliged not to leave her home, sets off for the woods, where she lives in the way, typical for young warriors; the people confront the king, violence is set as a dominating norm of human relationships. The analysis of the girl’s mythical character and behaviour (e.g. she is an orphan, extrasocial, virgin and aggressive) reveals the typical spectre of tokens, determining the choice of the victim. The motivation for assassination is not itself important and may vary. However, it does not change the undoubtedly sacrificial nature of the scene of persecuting and catching the girl in a net. Thus, she becomes a victim of the so called “black hunting”, practiced by the Efebs but considered unworthy for adults. The victim’s spirit immediately starts vengeance on her persecutors by causing a bloody quarrel between them. Striving to restore social order, they set up a culture institution – a festival dedicated to Harpalike, on which the myth itself might have been dramatized. Thus, in Thracian mythology the way out of the sacrificial crisis is not only the sacrifice, but also the institution of a cultural norm, which function is to reintegrate the community, disunited by the social tension accumulated in it.