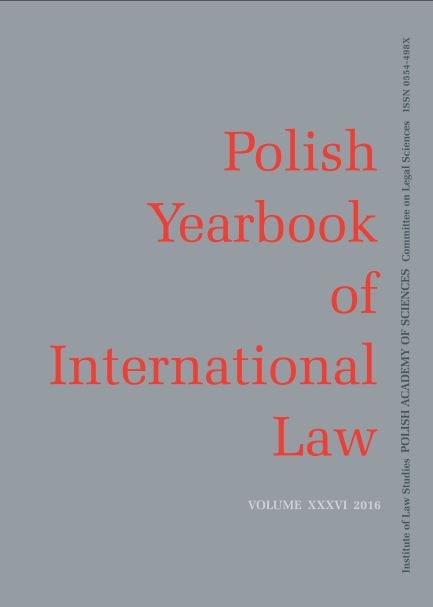 Summary/Abstract: In its Judgement of 17 February 2016, the Polish Supreme Court adjudicated the case of Polish soldiers accused of crimes committed in the village of Nangar Khel in Afghanistan in 2007. Ultimately, the Supreme Court found that Polish soldiers were guilty of, inter alia, breach of Article 318 of the Polish Penal Code, which stipulates that a soldier commits a crime even when executing an order if he is aware of this crime. However, the part of the judgement devoted to the problem of unlawful orders is very limited and almost completely lacks references to international law. The Supreme Court could have referred to a number of international legal acts, starting from the beginning of 20th century and up to the more recent regulations, including those in the Rome Statute. Moreover, the Supreme Court did not use international case law. As a result, the argumentation of the Supreme Court should be assessed as limited and unconvincing.