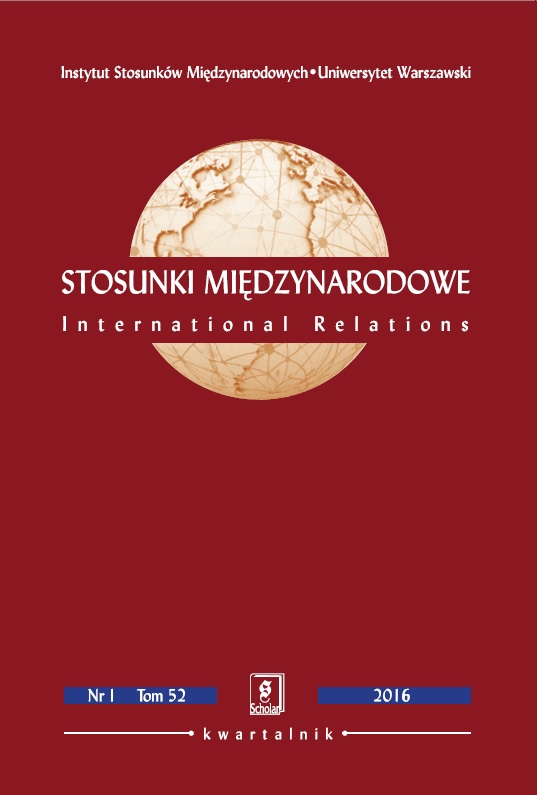 Summary/Abstract: Palestine’s statehood remains one of the most controversial issues of contemporaryinternational law and international relations. Despite the position presented inresolutions adopted by the UN General Assembly as well as Palestine having joinedmany important international agreements under the same conditions as universallyrecognised states, some states still express doubts about the existence of the Stateof Palestine. The aim of this article is to show that Palestine has met the criteria ofstatehood and that states which have not so far recognised it are guilty of belatedrecognition. The first part of the article will briefly discuss the mutual relationsbetween the institution of recognition and the phenomenon of statehood. Then theauthor shall characterise Palestine’s presence in the United Nations. The next part willbe dedicated to discussing how Palestine meets the criteria of statehood. Followingthat the author shall present examples of bilateral relations between Palestine andthe countries that do not recognise it, which shall be later used to elaborate on thedefinitions of belated recognition and implicit recognition. The last part has beendevoted to issues related to belated recognition.