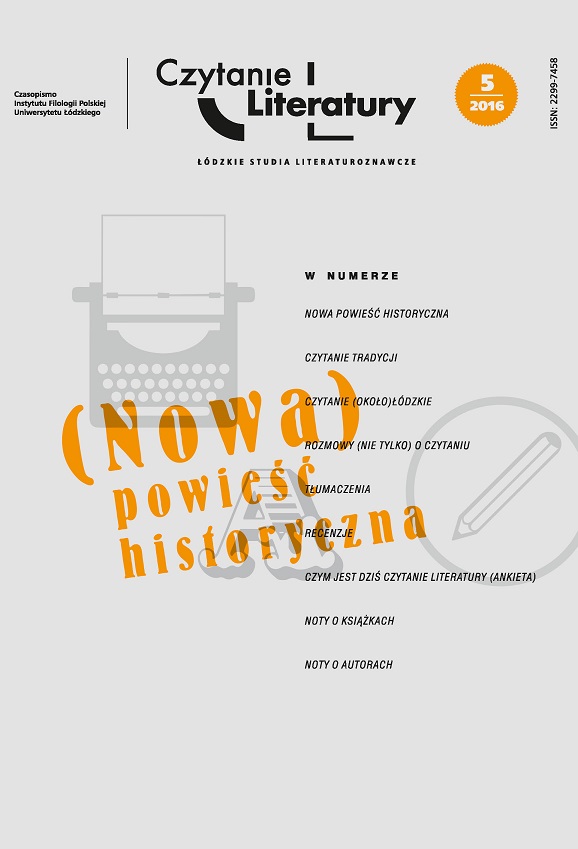 Summary/Abstract: Regardless of the promoted ‘politics of memory’ and the results of historical research, the popular historical novel these days has been attributed the role of a medium that maintains and perpetuate national myths. Even if any given image of the past times is shattered, it is always substituted by a new myth, which in its nature is an ‘anti-myth’, when compared to the previous one, i.e. it presents a ‘spiritual reverse’ of the former vision. The function of the new myth, however, remains unchanged – it’s meant to consolidate the to-date perception of the past, even despite an explicit demand for the necessity of revindication. ‘Reading history’ by authors of popular historical novels still remains a record which, in its nature, resembles a ‘cultural palimpsest’ and is subordinated to ‘phantoms’ dwelling in the social imagination.