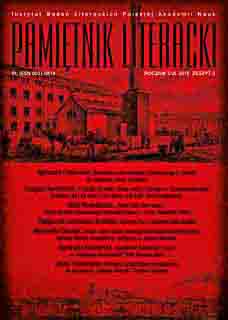 Summary/Abstract: The picture of consumptionism emerging from Prus’ novel is torn between yearning for past style of commerce and awareness of its inadequacy to the market reality contemporary to the author. “Lalka (The Doll)” understood in this mode may be regarded not only as a metaphor of 19th c. consumerist society, but also as a manifestation of reflection over daily life mechanisation. At the same time, ethical values followed by the novel’s protagonist in his trade were both worthy of regard and necessary in the second half of the 19th c. society; they are tied to a universal ethical project realisable nowadays. Thus, Prus’ reflection over trade ethics may now become an indicator of the trader ethics evolution in the days of “consumerist society” heyday.