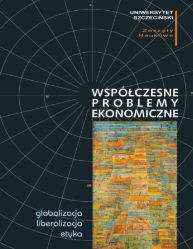 Summary/Abstract: Huge economic disparities between the BSR countries can adversely affect the development of the region in the economic and social aspect, and also the level of environmental protection. The initiatives for the cooperation undertaken over the years have resulted in a number of Baltic organisations being involved in the sustainable development of the region. The initiative, which was to accelerate the convergence of the weaker countries and to make the region prosperous, attractive, and safe, was the EU Strategy for the BSR, 2007−2013. It is impossible to separate the Strategy effects from the effects of the implementation of the EU policies, and the activities undertaken by many Baltic organisations. It should be noted, however, that the positive effects of this cooperation can be seen, for example in the rankings of competitiveness among the Baltic economies.