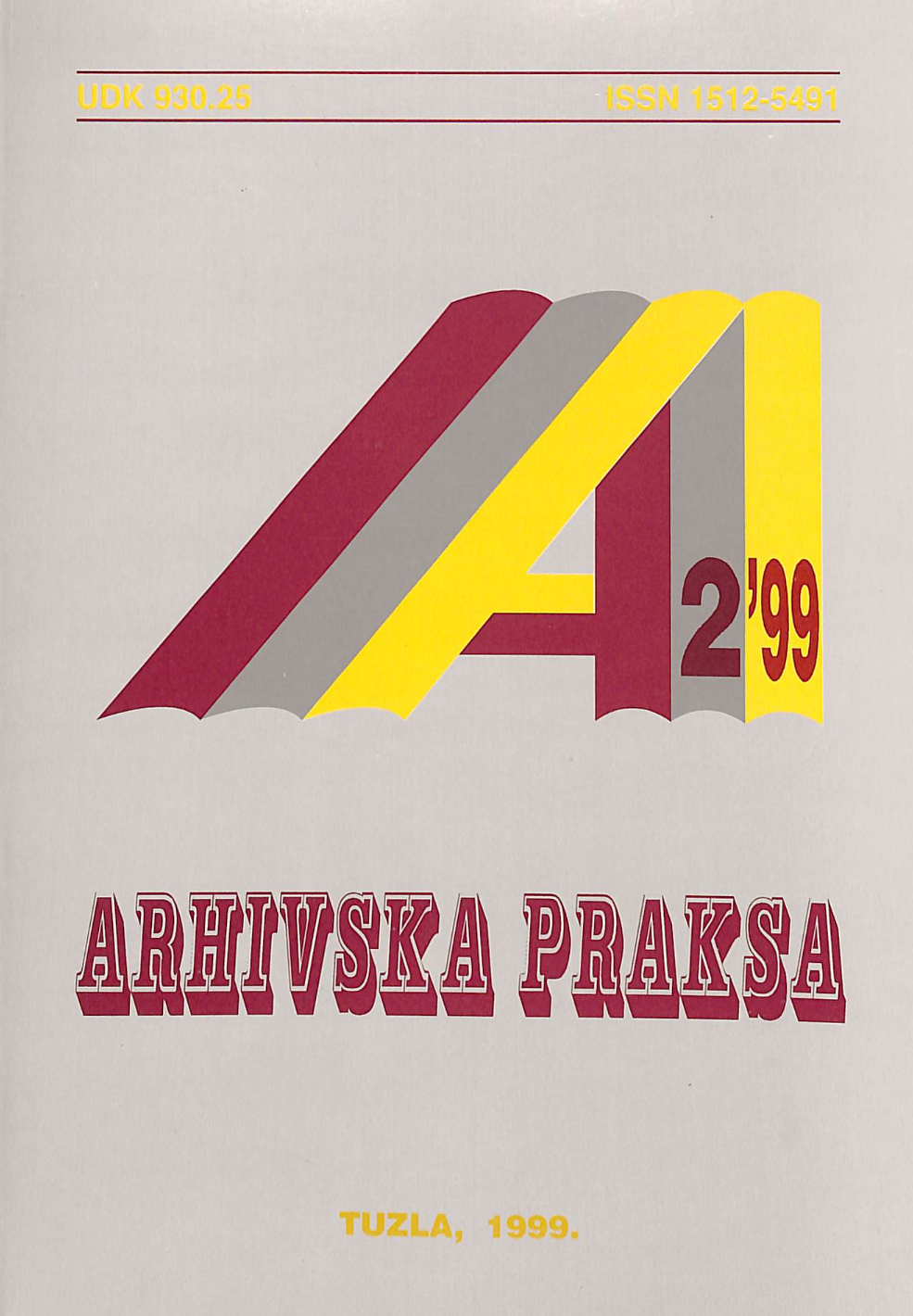 Summary/Abstract: The changes of social and economical relationships which Bosnia and Herzegovina's society has been going through, have brought into the life processes of democratisation which again have produced a number of new and small television houses in Bosnia and Herzegovina. One of the burning problems in their functioning is inadequate relationship to- wards their own documentation. The existing ignorance and negligence reflect in two negative ways: the destruction (or erasing) has produced the disappearance of important documents for the history and culture of Bosnia and Herzegovina, which at the same time makes work even harder and diminishes the possibilities of commercial business of these newly formed television organisms. The responsibility of these new, important registry offices is to remove these two obstacles on time.