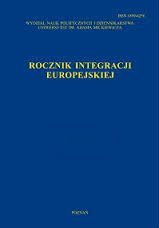 Summary/Abstract: The aim of the article is to show reasons to initiate and to develop transatlantic security relations from 1945 till 1948. A particular emphasis is put on showing the relationship between the initial activities of Western European countries to achieve European unity and the redefinition of US foreign policy after the Second World War. Activities of Western European countries and the United States were dictated by the threat from the Soviet Union, which resulted in the outbreak of the Cold War. Key players in Western Europe, like Great Britain and France,sought to ensure their security, initially considering a possible return of Germany to an aggressive policy, but quickly began primarily to take into account the possibility of the expansion of communism. Two important European initiatives, i.e. the Treaty of Dunkirk (1947) and the establishment of the Western Union by the Treaty of Brussels (1948) are analyzed in the article.The establishment of the Western Union as a European military alliance inﬂuenced the US decision to create the Atlantic Alliance in 1949. The establishment of NATO was the culmination of a redefinition of US policy towards Europe after 1945. Americans departed thus from their traditional isolationist policy in favor of engagement in European affairs to assist in the economic reconstruction of Western European countries, so they could stabilize economically and politically (the Marshall Plan) and did not fall into the sphere of inﬂuence of the Soviet Union(the doctrine of containment). The article refers to the leading theories of international relations,i.e. realism and liberalism.