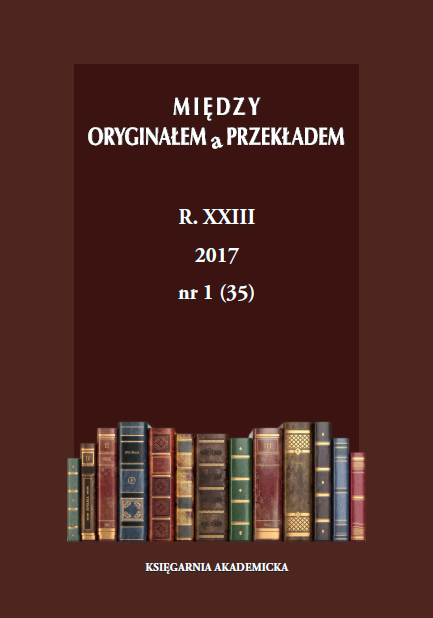 Summary/Abstract: The article presents Lewis Carroll’s Alice’s Adventures in Wonderland as a classical work within the genre of fantasy, or literature of nonsense. The classification is made according to the “five procedures,” postulated for the genre by the American poet and scholar, Susan Stewart. From the point of view of the translator, the procedures make it possible to define the dominant of the book as the tension between the sane protagonist and the mad world of Wonderland. The criterion of dominant, combined by requirements imposed by double readership, makes it possible to characterize Polish translations of the book, which make a translation series. What becomes a challenge for the translator is the wide context of the book, which changes over time. It is possible to trace, within the series, some general tendencies, as well as to demonstrate that, ultimately, translating Alice becomes “translating Alice.”