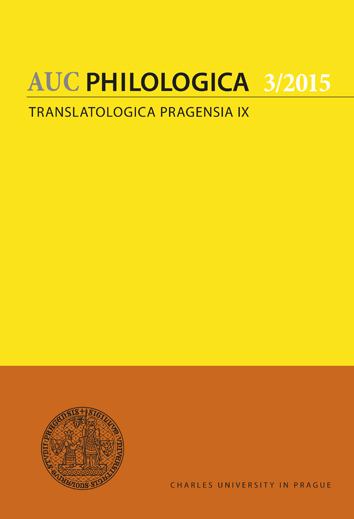 Summary/Abstract: Although the founding father of (European) structuralism was a linguist, apart from linguistics and philosophy its main tenets were applied chiefly to the literary strand of the discipline which is known today under the umbrella term of Translation Studies. The relationship between translation and linguistics has always been rather difficult, and at the end of the 1970’s the shift from prescriptive to descriptive approaches did not make it any easier. East European structuralist approaches to translation were developed within literature oriented theories, focusing mainly on poetics of literary translation. The original fascination with linguistic structuralism as possible foundation of “scientific” (or scientist?) translation theory soon gave way to disappointment: structural models and structuralist methodologies proved to be too limited to account for the intricacies of the translation process. The reaction was the “cultural turn” of the 1990’s. Paradoxically enough, linguistic post-structuralism in translation studies implies a more general “turn” towards pre-structuralist or traditional linguistic paradigms, with their emphasis on indeterminateness of non-objectivist meaning, on the role of motivation and of the cultural and social context. All these insights gain new significance within contemporary “post-structuralist” linguistic frameworks. In the last decades of the 20th century one such framework emerged, known under the umbrella term of Cognitive Linguistics. The relevance of CL for TS lies in its recognition of the role of human experience and cognition.