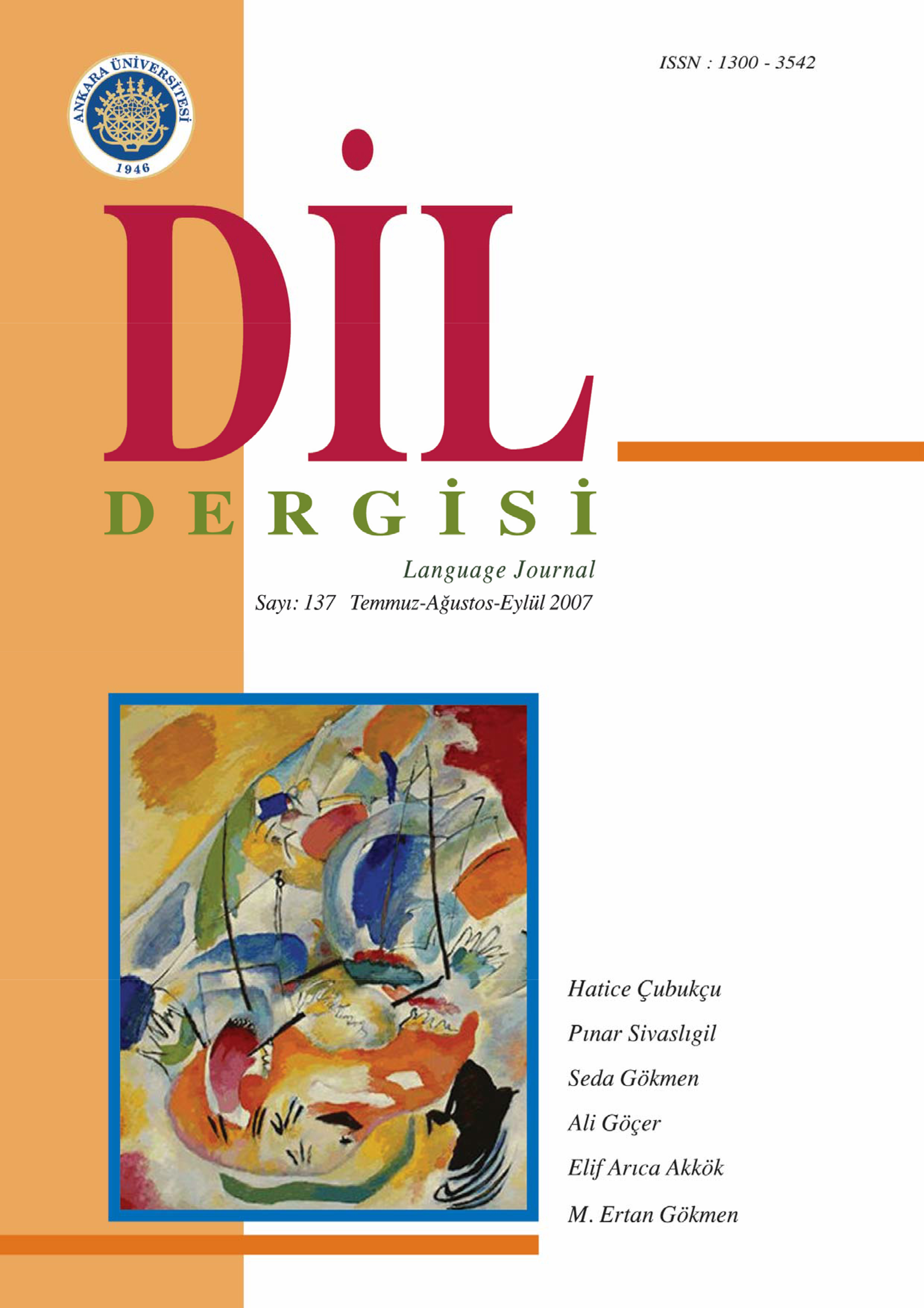 Summary/Abstract: Within the language acquisition researches, the main focusing subject is searching the dominant usage of word category among acquisition and usage. In the findings through the researches, it takes part that noun spurt phenomenon does not have the same validity within the all databases and all languages. This study is based on the natural speech context of the 4-6 years old children groups. Also this is study is dealed with whether there is the noun bias in noun usage of children who acquired Turkish and are in later period. The most important finding of this study is determining that there is the dominance of verb usage rather than noun category which is also valid for either in three age groups. Additionally, it was found that the higher usage ratio of the verb type is the event category.