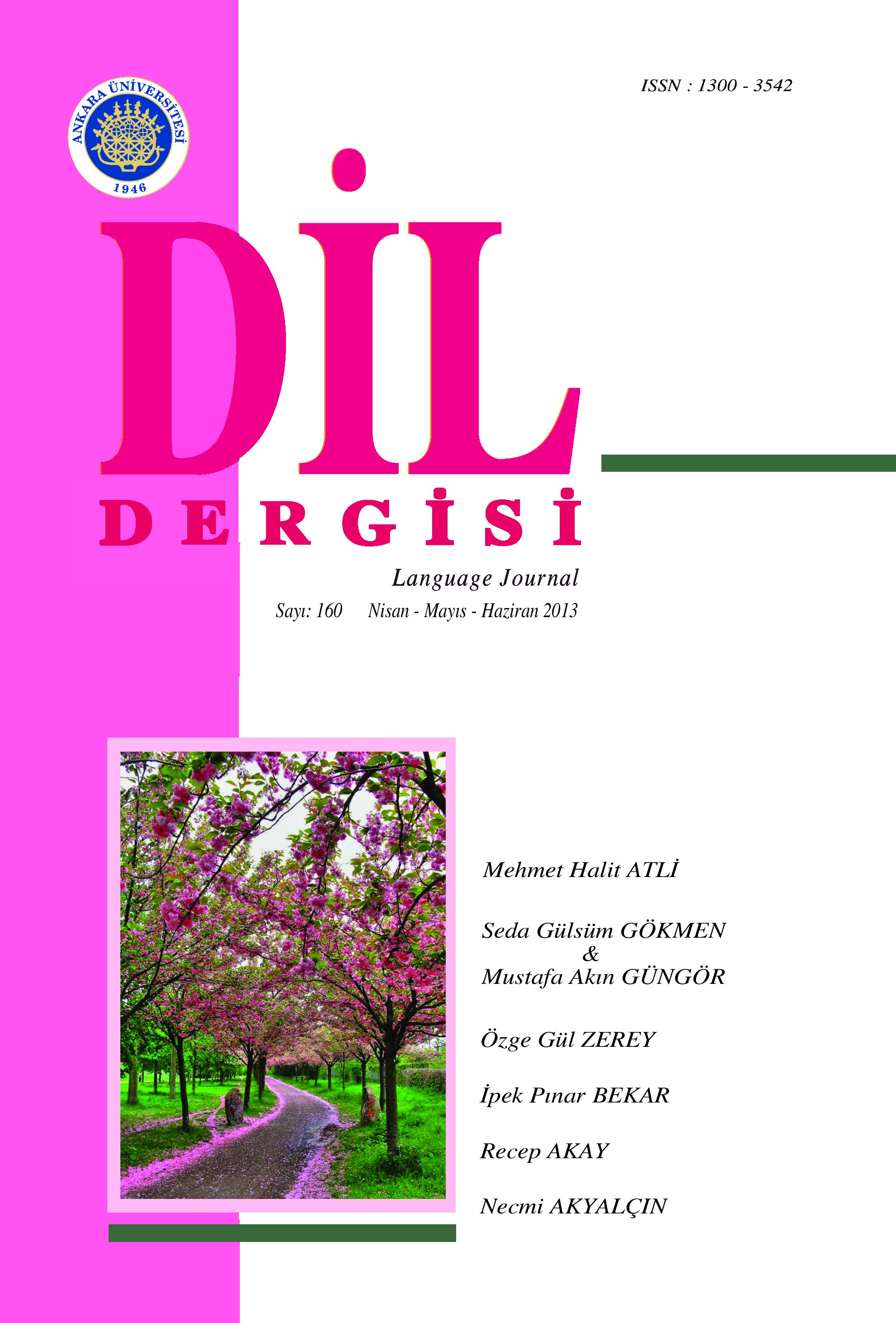 Summary/Abstract: In this study, frequencies of nouns, verbs and adjectives in both Turkish and English readers which are published for native speakers are compared, and it is investigated if there is a difference in nouns between Turkish and English readers in terms of semantic fields. Thus three different readers in Turkish and four different readers in English are analysed in order to reach the same total number of words in both languages. MAC Numbers is used as a software programme to categorise the words. At the end of the analysis, it is found that nouns are the most frequently used word categories in Turkish readers whereas verbs are the most frequently used word categories in English readers. Moreover, it is found out that adjectives are the least frequently used category in both Turkish and English readers. When semantic concepts of the nouns are investigated, it is illustrated that just five out of sixteen total concepts are different in both languages. However, the diversity of the nouns in any concept in English is more than in Turkish. As a result of this data, it can be assumed that the difference in thought system also has an influence on the frequency of word categories in a language.