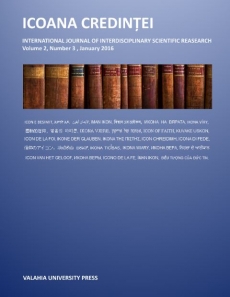 Summary/Abstract: he issue of the origin of the world was one of the most controversial chaptersin the dispute between science and religion, for it was reduced until recently tothe confrontation between two theories: creationism and evolutionism, thelatter claiming the scientific nature. But whether it's creationism orevolutionism, both theories disregard the presence and continuous work ofGod in creation. In terms of philosophical and religious point of view,creationists are rather deist because they consider God being transcendentallyisolated, while evolutionists lean more towards pantheism, believing that theworld exists from eternity. Unlike science, the theonomist cosmology of theEastern Church does not launch into speculation about the origin andmovement of the world, but starts from a divine gift, i.e. from biblicalnarration, which she does not ignore even when engaging a dialogue with thetheories of scientific cosmology. The arguments of Orthodox Christiantheology proof that the quantum universe was created “out of nothing” andthat it’s kept in existence only by God's relationship with creation throughJesus Christ and the Holy Spirit. In relation to itself, the universe is reduced tonothing, because God is in Himself, while any other created thing is dependentupon Him, into an indissoluble connection with Him. From the perspective ofquantum physics, the genesis of the universe involves the image of a voidspace, serving as a stage for the material world.