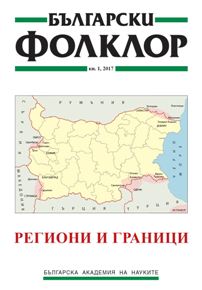 Summary/Abstract: The article is focused on a border region between Bulgaria and Serbia which is geographically dominated by Ruy Mountain (whose ridge is the boundary between Bulgaria and Serbia) and the valley of Erma river forming two huge defiles along its way in this mountainous region – the Lomnishko defile (in Bulgaria) and the Poganovsko defile (in Serbia). The micro region (from natural and geographical point of view) shared until 1919 several cultural, social and economic characteristics (from an anthropological point of view), thus forming a common historical and geographical entity. The demarcation of the boundary between Bulgaria and Serbia as a result of the Treaty of Neuilly split the region between the two countries. The border regime, which was rigid and impermeable through the whole second half of the 20th century, made the zones on the both sides of the border well guarded, but industrially underdeveloped periphery. With the opening of the border in the period after 1989 and especially with the intensification of the European integration processes the character of the Bulgarian-Serbian border is undergoing changes and is gradually turning into a bridge for diverse trans-border initiatives. A great deal of these initiatives are connected with the well preserved ecology of the region, which is evaluated at present as a treasure by the local authorities and communities who believe it to be an important resource and instrument for the overcoming of the peripheral position of the region.