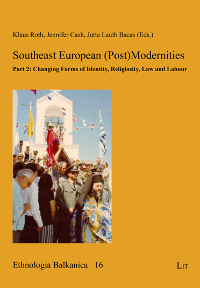 Summary/Abstract: The main goal of this article is to study the memories and perceptions of the Yugoslav times among Albanians in the Republic of Macedonia. My respondents were former and present labour migrants and the studied phenomenon is viewed in the context of labour mobility. In spite of the ethnic conflict and the political and social tensions between Albanians and Yugoslav authorities in the past, today the nostalgia for the Yugoslav times exists, but because of the reasons described in this text, the Albanian migrants’ nostalgia is of a specific character. Their longing for these past times could be called “Titostalgia” rather than “Yugonostalgia”, the term which is more common in academic studies and in the public space. My analysis proceeds from the assumption that this nostalgia is a reaction to the present state and at the same time turns the attention to aspirations, expectations, and a vision of the future.