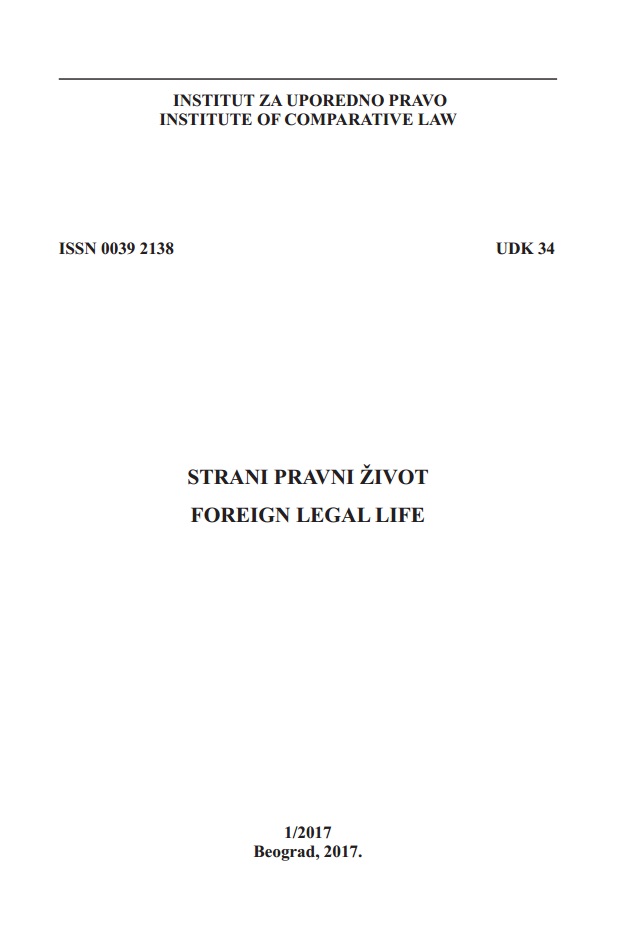 Summary/Abstract: In this article the author shows the conditions that determines the position of the Constitutional Court’s judge. These conditions include the appointment of judge, his status and his financial independence and they are analyzed both from a theoretical point of view, as well from a comparative point of view. Under the election or appointment of judges means the way in which he was elected or appointed by the competent authority, and all the qualifications he had to have in order to meet the requirements for the selection of a function of the Constitutional judge. Status of judges includes several elements that are analyzed in this paper as follows: a period in which the judges are elected in the function, or term of office, a possible re-election, termination of judge’s term of office, incompatibility of judicial office, and immunity of a judge of the Constitutional Court. His financial autonomy and material position of the constitutional judge itself is one of the guarantor of judicial independence.