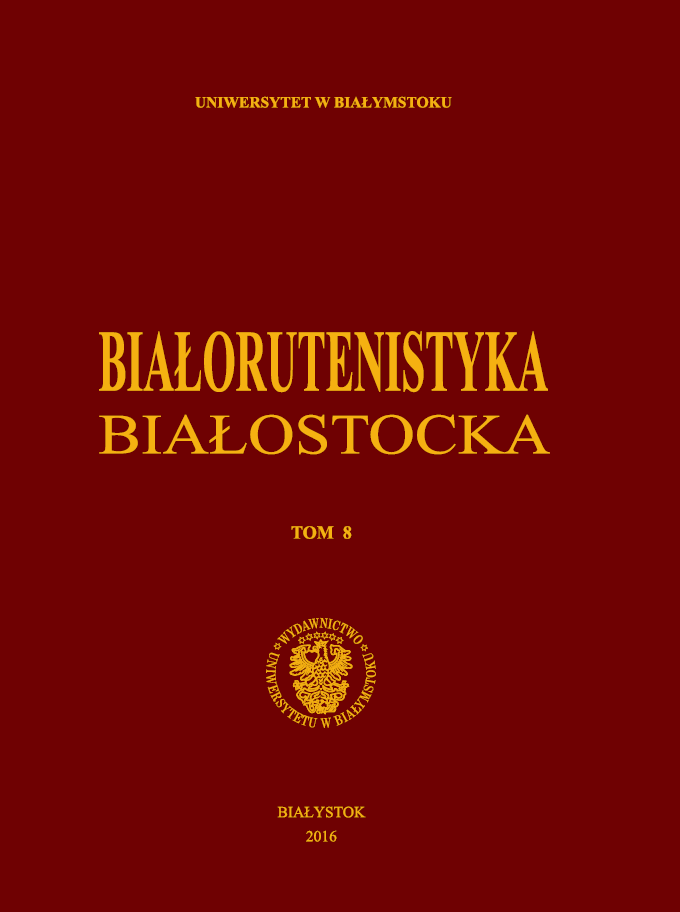 Summary/Abstract: The article aims to present life and work of an outstanding Belarusian writer – Uladzimir Karatkievich (1930–1984). Although the writer is one of the most prominent creators of the Belarusian literature, he is not widely known in Poland. Moreover, only a few of his works have been translated into Polish. Uladzimir Karatkievich was one of the most talented writers in the history of his nation. First of all, he is known as an author of historical novels. He was also an excellent playwright, a literary critic, a historian, a translator and a talented poet. Due to many historical and political reasons he has become for Belarusian literature like Henryk Sienkiewicz or Ignacy Kraszewski for the Poles, Alois Jirasek for the Czechs or Walter Scott for the English. Karatkievich, like Sienkiewicz in the Polish literature, created and developed historical novel “to cheer up the hearts”. What is characteristic of his writing? It seeks inseparable bonds between the past and the present which can be found in deep understanding of historical processes and creating the artistic and historical chronicle of the Belarusians’ life and fate. Karatkievich tried to awaken historical and national consciousness of the Belarusians, he indicated the sources of their own national identity and made them proud to be Belarusian.