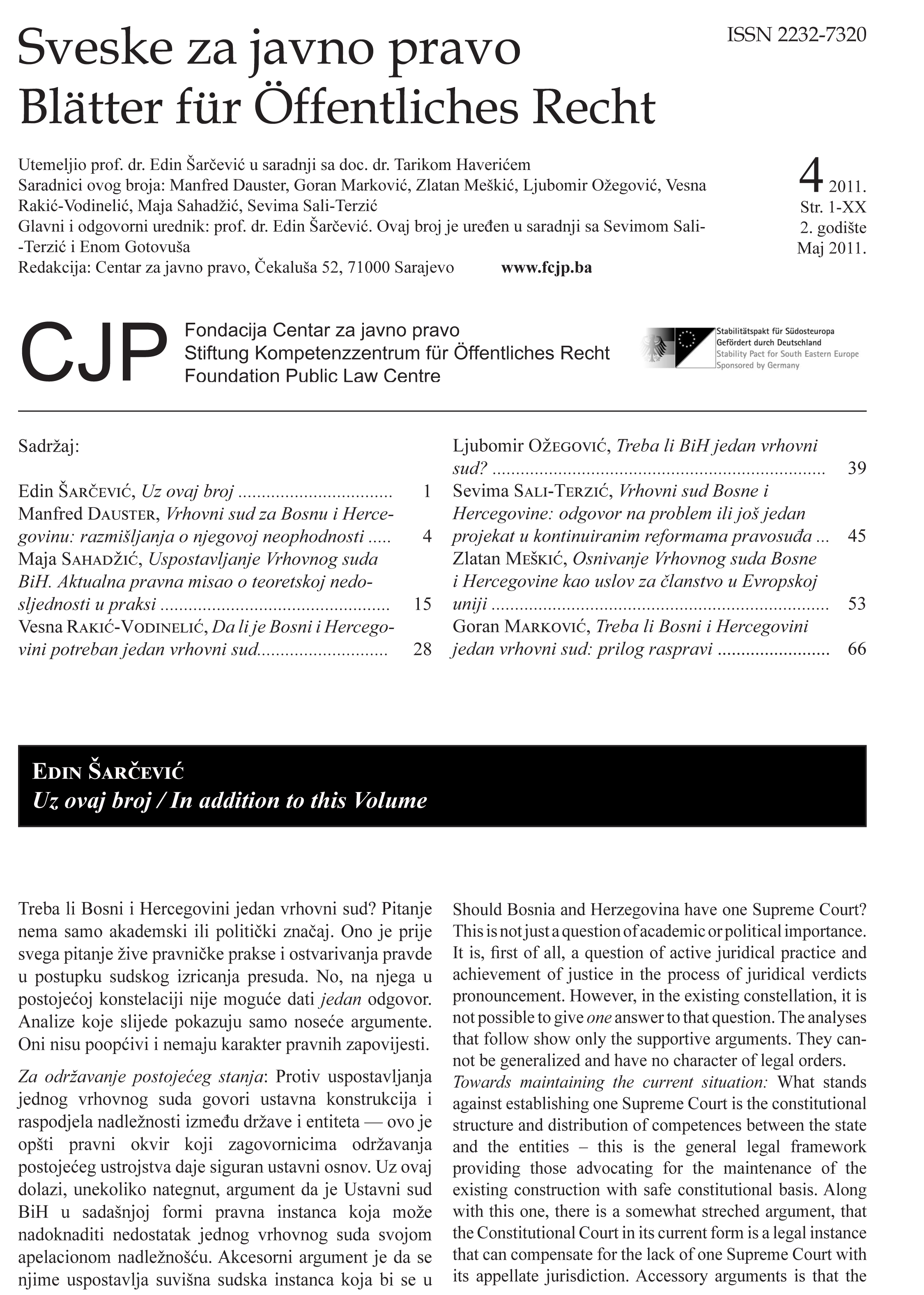 Vrhovni sud Bosne i Hercegovine: odgovor na problem ili još jedan projekat u kontinuiranim reformama pravosuđa
The Supreme Court of Bosnia and Herzegovina: A response to the problem or another project in continuous judicial reforms

Summary/Abstract: The question if BiH needs one Supreme Court at the State level is a complex issue that involves much more consideration than just the mere creation of another court. This complexity derives not from various general arguments ‘for’ and ‘against’ its creation that tend to be more political rather than legal. It derives from variety of legal issues, primarily the constitutional bases for the creation of such Court, its jurisdiction, position within the legal BiH system, relation to other Entity courts including Supreme Courts and with the Court of BiH, etc. Also, the discussion should involve strategic issues of the further constitutional development and judicial reform. Is the creation of the BiH Supreme Court crucial for the further judicial reform and for the achievement of a more functional State? Or, is it more important to resolve some other, more difficult problems that judiciary faces in BiH, such as: huge backlog, trial in reasonable time, failures in the implementation of the Judicial Reform Strategy, continuing political pressures, lack of human and material resources, etc.? Author argues that in order to find the best solution it is important to carefully consider all the various questions and issues and not just to view the creation of the BiH Supreme Court as yet another project within judicial or constitutional reform.