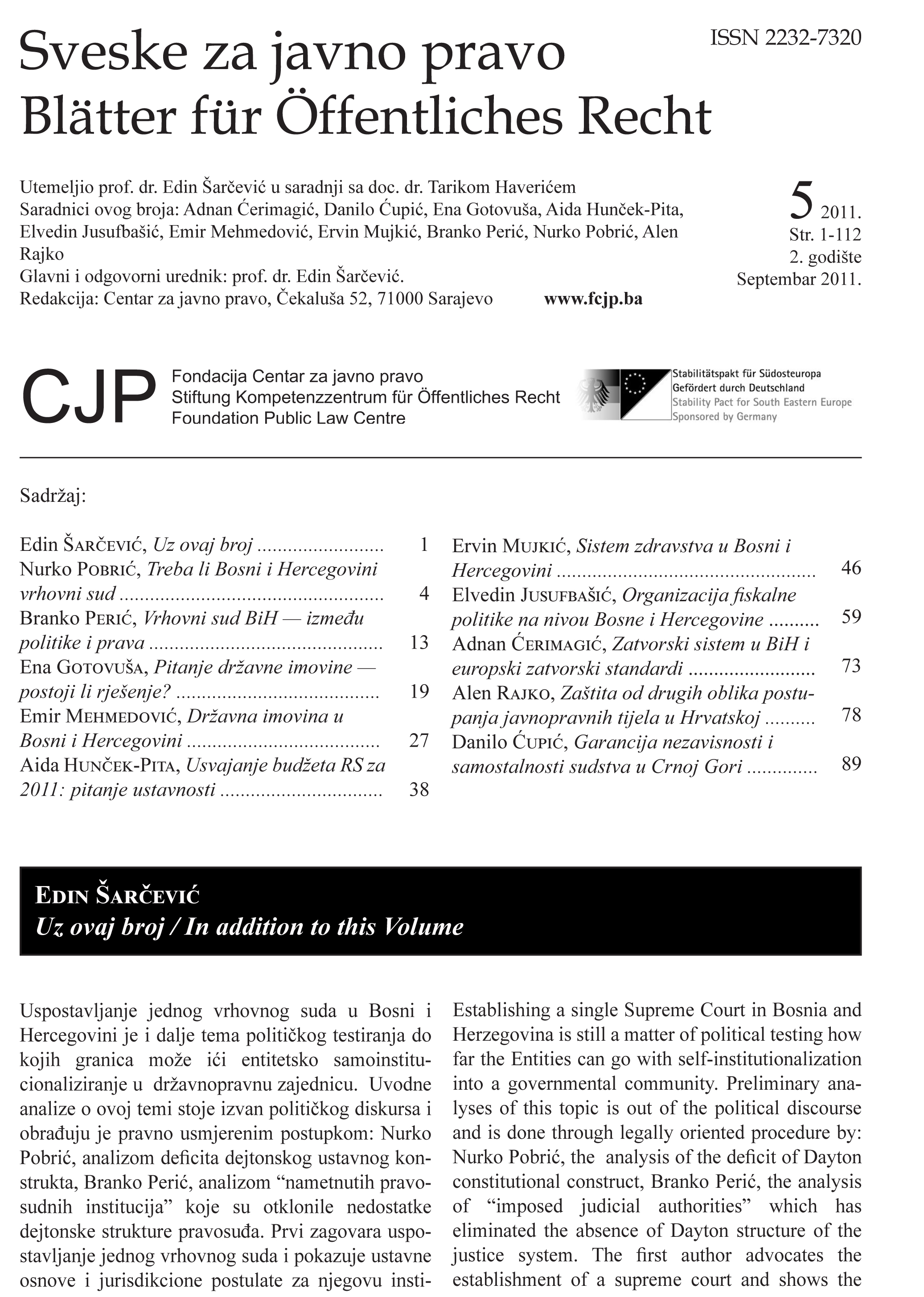 Summary/Abstract: According to the Dayton Agreement the regular judiciary in BiH is within the jurisdiction of the Entities. Entity judicial systems are autonomous and conceptually well-rounded. The state level has an effective functioning judicial system designed in a form of a Prosecutor’s Office and the Court of BiH. It is not clear what jurisdiction could the Supreme Court in BiH have within the existing concept. This concept of a state judicial system lacks an independent Appellate Court and that can be considered the most serious problem of the judicial system today. Possible jurisprudence problems in the current system are dealt with through joint sessions held by the Supreme Courts of the Entities and Brčko District Appellate Court. Establishment of the Supreme Court would require a completely new configuration of jurisdiction. This would involve redesigning the organizational and other laws at all levels and a new round of comprehensive judicial sector reforms. The judicial system is currently in cycle of reform undertaken in accordance with the existing concept. A new reform cycle could affect the effectiveness of that reform. At this point it could threaten the achieved efficiency level. The system that underwent reform needs to be stabilized through patient harmonization of entity laws and building of the best professional and ethical standards in order to create good conditions for a new reform.