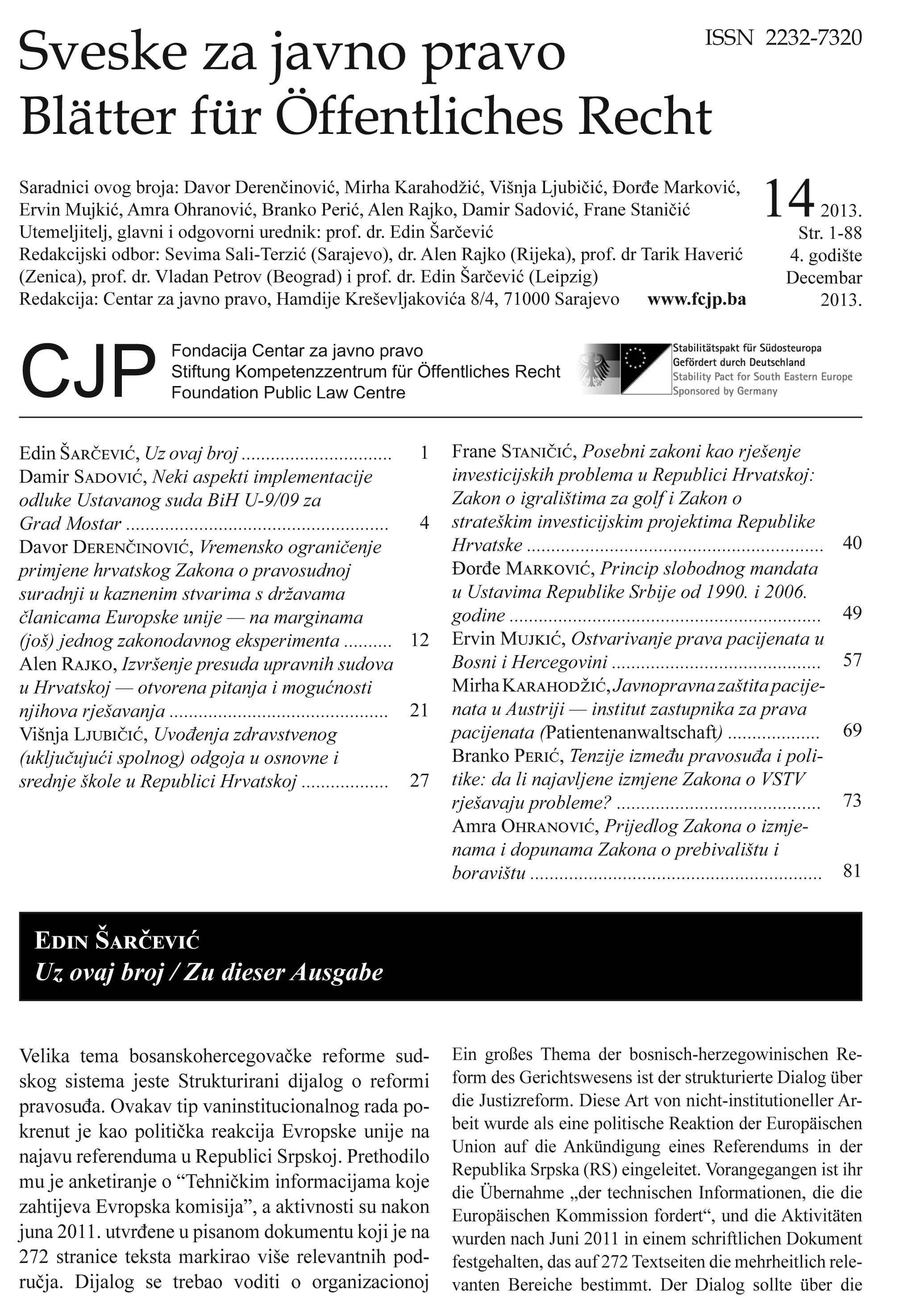 Summary/Abstract: This article offers in depth overview of the chronology and the rationale for legislative amendments concerning temporal restriction of the procedure pursuant to Council Framework Decision of 13 June 2002 on the European arrest warrant and the surrender procedures between Member States in the Republic of Croatia. The author focuses on the introduction of the temporal restriction by the Amendments to the Croatian Law on Judicial Cooperation in Criminal Matters with European Union Members States adopted on 28 June 2013, just a few days prior to the Croatian accession to the European Union on 1 July 2013. According to these Amendments, Croatian implementing legislation was not applicable to the criminal offences committed before 8 August 2002. Soon after the European Commission, claiming that Croatia has been in violation of the Framework Decision, initiated the procedure under article 39 of the Croatian Accession Treaty (imposing of measures/sanctions), this restriction was eventually removed from the implementing legislation. Through a comparative analysis with other member states that introduced similar restrictions in their implementing legislation, the author comes to the conclusions about the justification for the temporal restriction, the manner this was done in Croatia as well as to the foreseeable implications on the mutual recognition principle introduced by the Framework Decision.