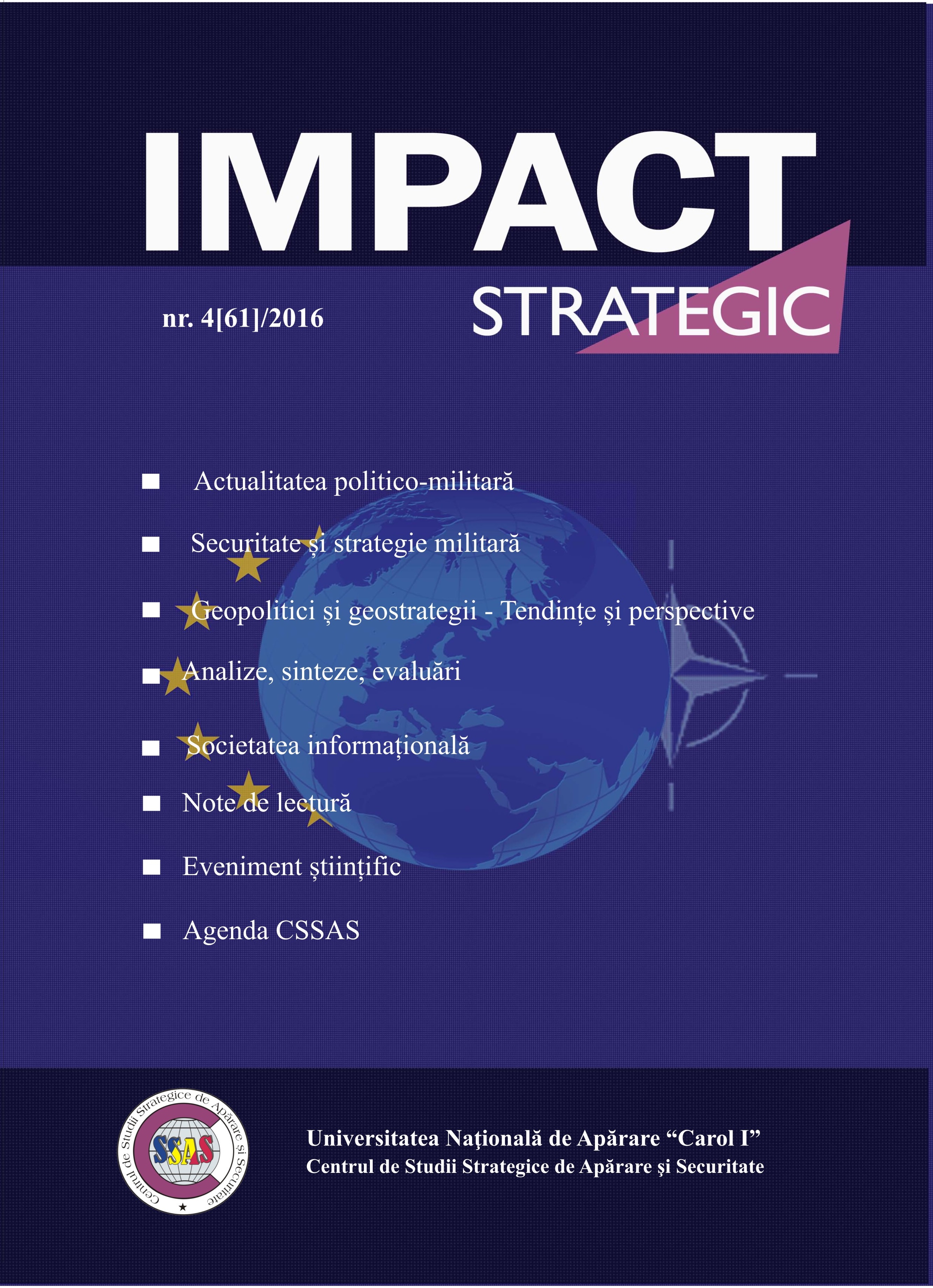 Summary/Abstract: In the contemporary security environment, characterized by complexity, dynamism, transformation and uncertainty, a new concept complements traditional modes of action to maintain an adequate level of security for people, communities and states. It is the concept of “resilience”, expressing the responsiveness of people (communities, states) to resist, to adapt and to recover after a traumatic event.Official documents such as the Declaration of Heads of State and Government participating in the North Atlantic Council meeting in Warsaw on 8-9 July, 2016, Global Strategy for the European Union’s Foreign and Security Policy in June 2016 and the National Defence Strategy 2015-2019 – a Strong Romania within Europe and the World refer to increasing the resilience of countries and people in confronting various security threats.In this article, we highlight a few defining elements of resilience and human security and relevant aspects of the resilience-human security relationship.