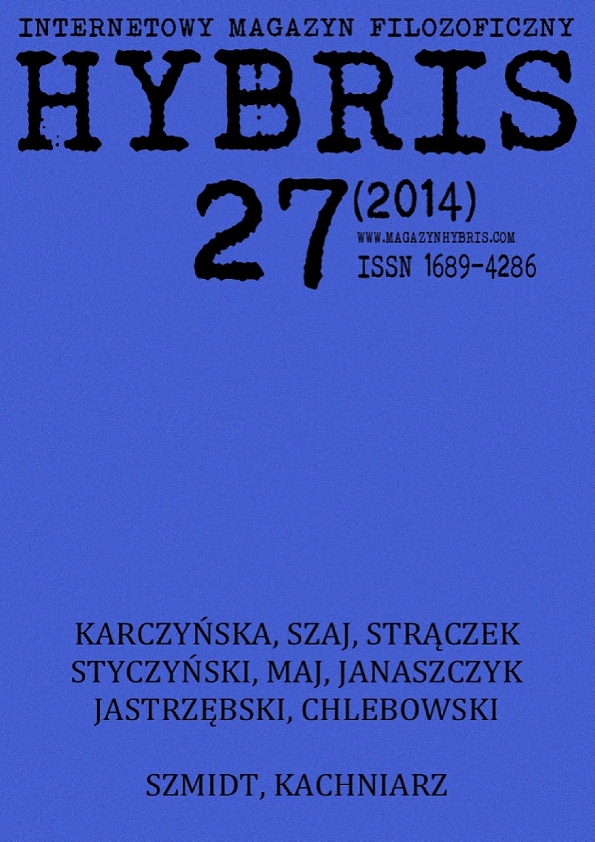 Summary/Abstract: Francis Bacon’s conception of idols is a sort of a reference point for showing the criticism of the tetrad humoral theory, which derives from ancient times and corresponds to Pre-Socratic philosophy and Aristotle’s philosophy. That theory was still dogmatic in 16th century medicine, while its elements were used until the end of Enlightenment, even though different ways of medical thinking were being formed. Bacon’s general characteristics of basic cognitive mistakes in science can, as it seems, be used in order to show their equivalents in the system humoral approach. This way of approaching the problem can be placed within the critical diagnosis of humors’ conception, and taken up — starting from The Renaissance, by medics themselves: iatrochemists, iatromathematicians, iatromechanics.