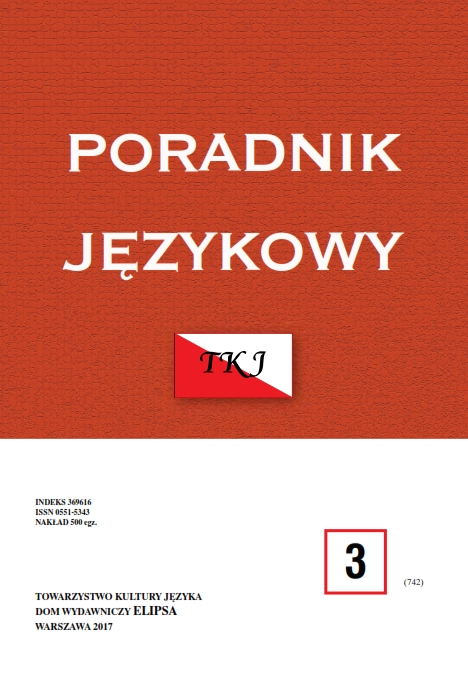 Summary/Abstract: This paper is a linguistic attempt at outlining the area of the Polish phraseology of the ancient provenance. It presents the meanings, abundance and diversity of Anticisms, that is language units which are evidence of the influence of the ancient Greek and Roman culture on Polish. Apart from the idioms which are really ancient, that is language units whose bond with antiquity is real and sensed (e.g. pyrrusowe zwycięstwo (Pyrrhic victory) or puszka Pandory (Pandora’s box)), established formally and through cultural motivation, there is a significant group of commonly known petrified collocations which could be called ancient only genetically or (non-)ancient (e.g. marnować czas (to waste time) or o wilku mowa (to speak of the devil)). Therefore, the expression everyday (non-)ancient idioms covers the Anticisms which: (1) are commonly known and used at present, stylistically neutral, colloquial, less frequently formal, (2) have a neutral and universal motivation related to the observation of the reality, (3) have an identifiable ancient source, yet their bond with the source is not sensed by language users and the ancient textual and cultural context of the idioms is not usually necessary to understand their figurative meanings.