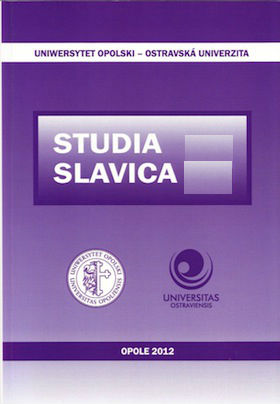 Summary/Abstract: A comparative analysis of Czech and Polish collection of mythologically motivated set phrases which remain highly memorable and exhibit international character. Research is based on material extracted from two Czech-Polish phraseological dictionaries [C-PSSS, WC-PSF] and shows how close linguistically (phraseologically) both languages are, which in turn proves that both nations, Czech and Polish, are part of the European culture. In either language we deal with a large set of mythology-based expressions. Such instances of Czech and Polish phraseology remain for the most part close or even identical as far as general characteristics are concerned; hence, one may conclude that: the units under consideration are mostly active in written language variety; as a source, classical – especially Greek – mythology completely dominates in the Czech and Polish set of expressions; the most numerous are expressions with a mythological component (a name), an important etymological clue; the numerical preponderance of noun-based expressions over other formal types adds weight to a hypothesis that noun phrases form the centre of mythological phraseology in both languages.