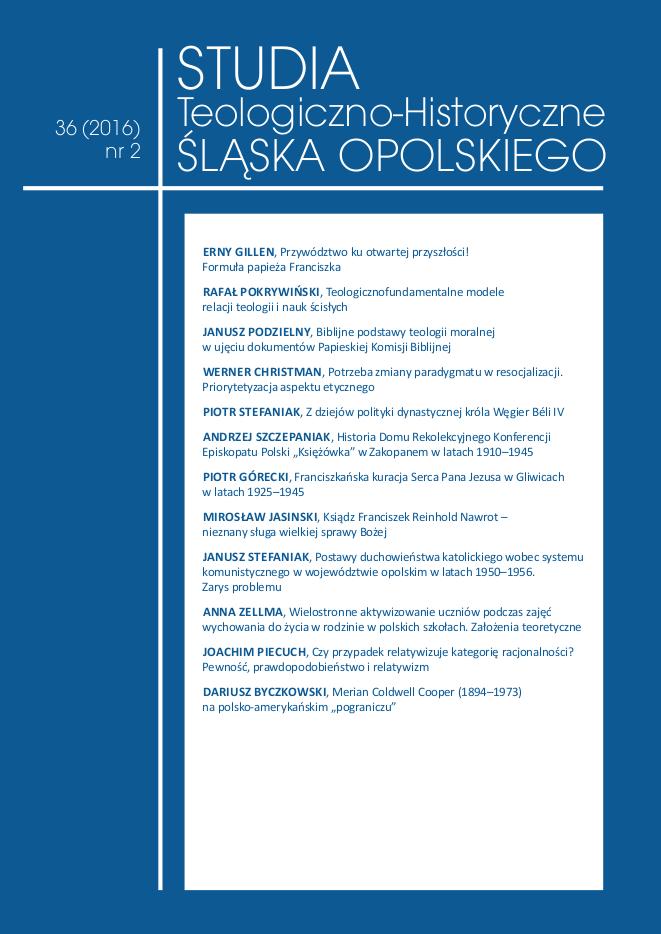 Summary/Abstract: Chance is considered to be the greatest of obstacle in attempts of rational description of the world. This article aims at answering the question of how the fact of existing by chance influenced the forming of the category of rationality and how in the history of thought chance was attempted to be harnessed rationally and defined philosophically. The article shows the role of theological inspirations in the effort of grasping the phenomenon of chance. Then the analyses circulate around such related issues as the theory of probability, the problem of certainty and uncertainty, dogmatism and scepticism. Chance has got not just its mathematical side, which allows for the calculation of the probability of its occurrence, but also an existential one. This issue is covered in the subsequent paragraph of the text. A thesis has been postulated here that the efforts to harness chance are an expression of attempts to eliminate the accidental element out of human thought and a marked drive to achieve an absolute point of view. In the last, third part of the article another thesis has been formulated and discussed, that relativism as a philosophical current provides us with the best tools for interpretation of the phenomenon of chance. It transforms its character and nature to the smallest degree.