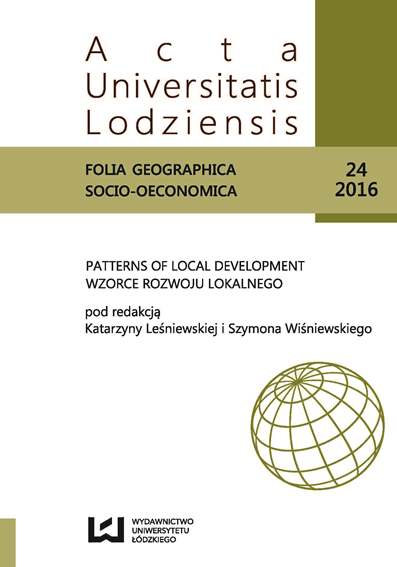 Summary/Abstract: The European spatial development policy discourse has recently taken a “territorial” character, especially after the migrant crisis. Even if the terminology regarding this policy field remains ambiguous, territory, or territoriality, has become de facto an increasingly prevalent notion in the discourse on the organization of “European” (i.e. EU’s) space. In fact, the notion of territoriality and the prevalent “territorial” discourse produced an evident eclipse of the widespread notion of “European space” that had been developed in the early 1990s. Basically, the spatial predominant conception of the EU contributes to an emergence of a sharpened territorial building of the European space. The idea of both territorial cohesion and territorial continuity provides relevant insights into the notion of territoriality in the “European discourse” and consequently clearly shows how are accepted the tools of hard bordering (as policies and practices) and the sharp inside/outside dichotomy, typical of a “Westphalian memory” and of an use of territory as support for a unified political unit. Due to this pragmatic notion of territoriality, the idea of the EU as a “non-Westphalian new empire”, characterized by softening of borders and sharing of political power across multiple and multilevel politics, became at least unrealistic. On the contrary, Europe has always been distinguished by its openness to the rest of the world. It has never been a clearly demarcated continent or a fixed bordered entity and it has always been characterized by shifting spatialities of politics. The Middle Ages in Europe were characterized by overlapping, divided authority structures and often contentious jurisdictions, without territorial containments and a clear notion of the border. The comprehension of the transnational dimension opens new avenues of research and offers new modes of understanding.