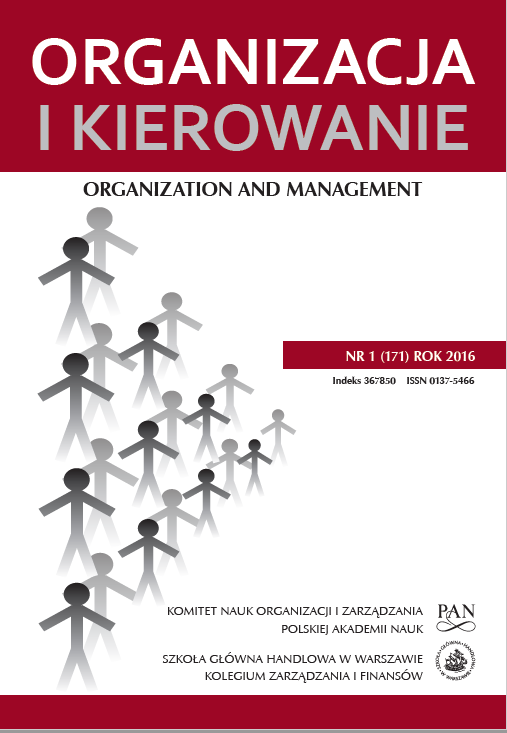 Summary/Abstract: At the end of forties and the beginning of the fifties of the 20th century the second cognitive revolution took place. It contributed directly to the coming into existence of the cognitive psychology, to the development of neuroscience and the birth of cognitive neuroscience. Then the rapid development of brain neuroimaging methods took place. Economists became interested in the cognitive revolution in the second half of the nineties. New fields of study appeared, such as neuroeconomics, neuromanagement and neuromarketing. The aim of this paper is to introduce to the subject of neuromanagement and to present selected methods of brain neuroimaging applied in management, i.e. functional magnetic resonance imaging and electroencephalography.