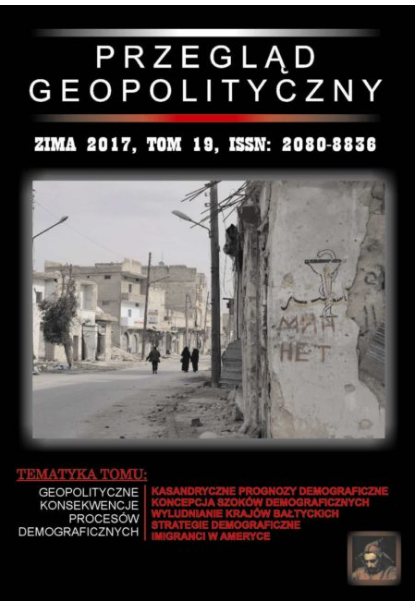 Summary/Abstract: The article is an attempt of analysis of the evolution of the geopolitical situation of the world from the earliest times to modern times through the lens of “demographic shocks”. By demographic shocks inadequacy of the number and dynamics of the population on a given territory in relation to some other phenomena of this territory is understood. These phenomena are capacities of sustenance of the population, needs of the economy, geopolitical status of political organisations (states, empires). As demographic shock also relevant from the political point of view changes in the composition of the population, especially ethnic composition, are considered. In particular the following developments are analysed: 1) impact of insufficiency of sustenance capacities of the population on migrations and conquests, from the ancient times to empires of the last centuries, to recent migration to Europe and America, 2) impact of shortage of labour force on import of labour force starting from the slave trade and ending by bringing of “guest workers” to Western Europe after the Second World War, 3) impact of deficit of population in relation to geopolitical status, based on examples of falls of empires of ancient times (Carthage, Rome) and modern times (Portuguese, Spanish, French, British), 4) impact of the “surplus” of population in relation to the geopolitical status based on examples of rise and expansion of big empires, 5) impact of the change of ethnic composition of the population of an area on the political situation of this area as illustrated by the impact of the increase in the share of Muslin population on the political situation in the Balkans.