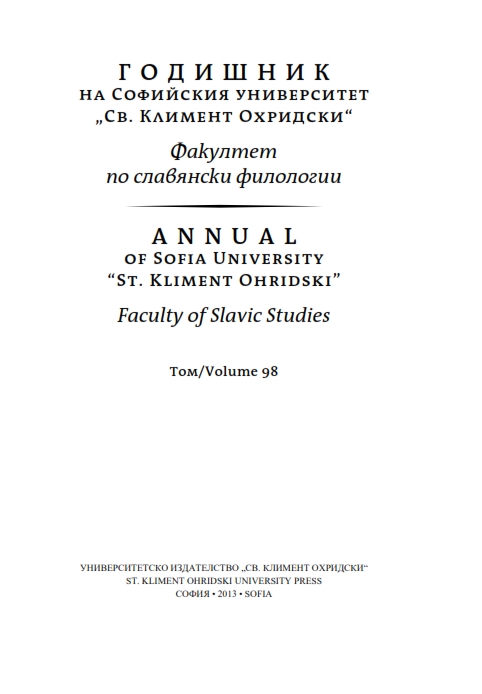 (Lyrical dialogues from the 20s of 20th century. On works of N. Furnadzhiev, A. Raztsvetnikov, A. Dalchev, D. Panteleev and others)

Summary/Abstract: In the research the human experience with death is presented as an attempt to understand the otherness to which our empirical access is denied. After a brief introduction to the issue of the nature of life and death in many writings on natural philosophy from the interwar period, an emphasis is put on the intertextual parallels between poetic works of Nicola Furnadzhiev, Asen Raztsvetnikov, Atanas Dalchev, Dimitar Panteleev and others from the 20s of the twentieth century. Unlike the scientiﬁc texts in which meanings are said to be definitive, in poetry we can read that any attempt to give a ﬁnal and true meaning of death, of the otherness is unsuccessful. This unsuccessful attempt we see as presented in two images in the works – that of the wind and the rain.