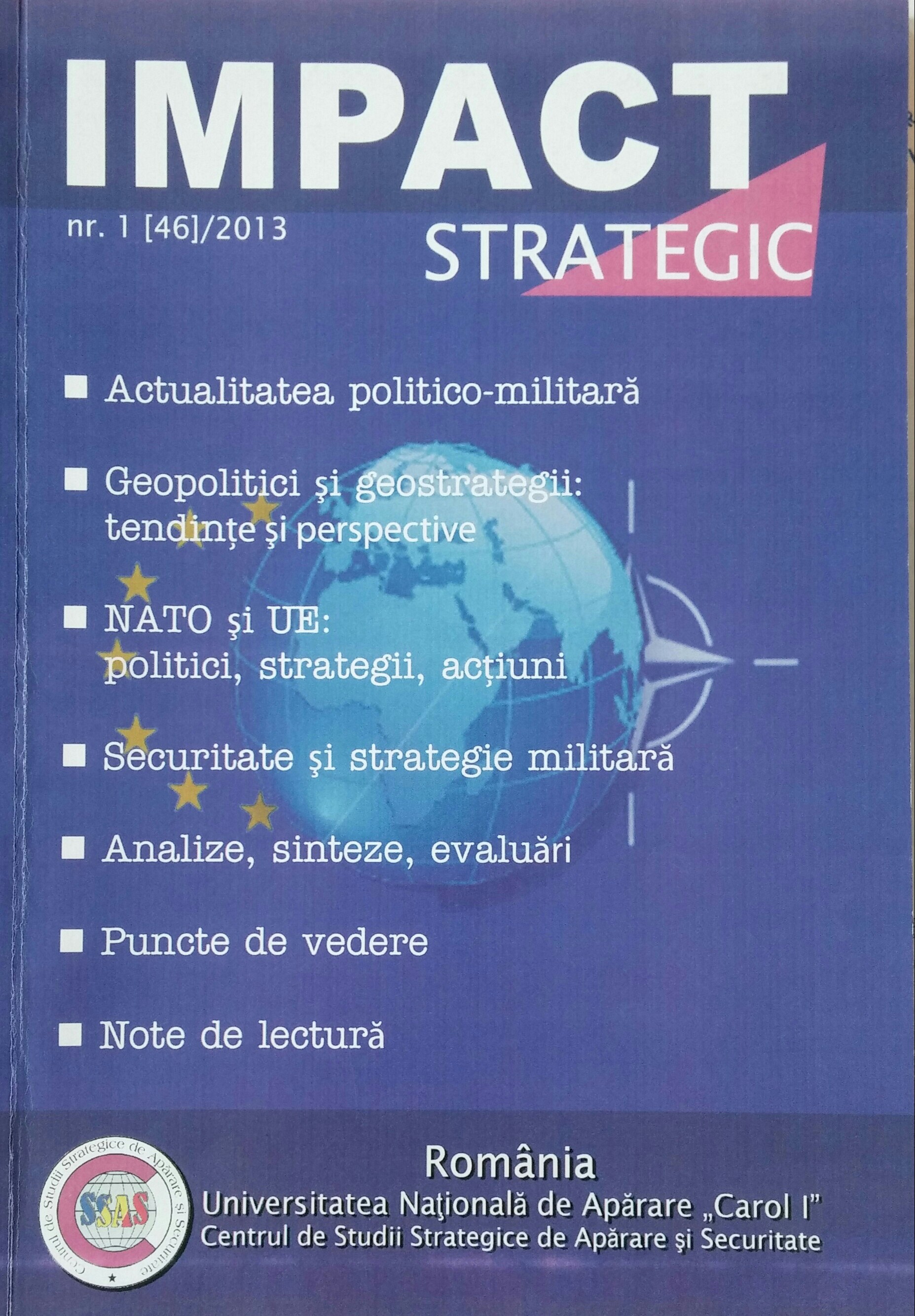 Summary/Abstract: The beginning of the 21st century is defined by a series of paradoxes. In security terms, even though we are at a very high level of global interconnections and interdependences, this fact does not translate into a safer world, a less conflictual or more organized one.The present research is aiming to identify the nature of the connection between globalization and security, according to the literature and the consequences of this connection from the perspective of the risks and threats that globalization can pose to security. The last part of the research is reserved to the role of the state as a guarantor of security in the new architecture of the globalized security environment.