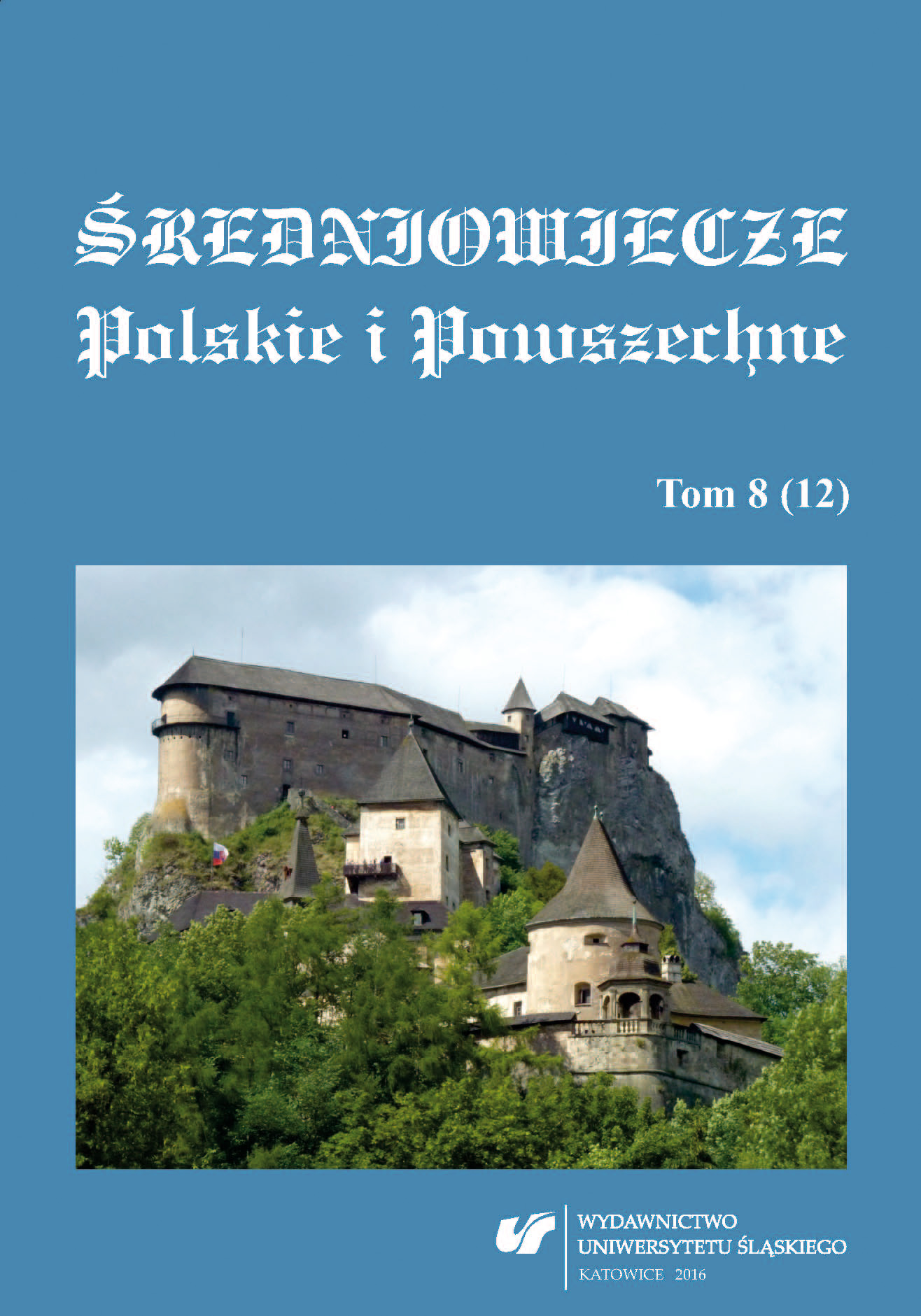 Ciekawość świata średniowiecznego dworzanina i klerka. Walter Map i jego peregrynacje w służbie Henryka II Plantageneta
A Courtier and a Clerk’s Curiosity of the World. Walter Map and His Journeys in the Service of Henry II of England

Summary/Abstract: The following article constitutes an attempt at a study of the phenomenon of the human curiosity of the world, which underwent considerable changes in the Middle Ages, manifesting in different forms. The author analyses the worldview of one of the most active participants and creators of the Renaissance of the 12th century, Walter Map (c. 1130—c. 1209/1210), a long‑time courtier at the court of Henry II of England and Eleanor of Aquitaine. His position at the royal court allowed Map to frequently travel all over Europe, both as part of the royal retinue, and on his own, facilitation the creation of his only written work, “De nugis curialium”, which contains his thoughts and observations from his journeys. A thorough analysis of those observations and description of the characteristics of their subjects allow, in turn, to expand the general knowledge concerning the human curiosity of the world at the height of the Middle Ages.