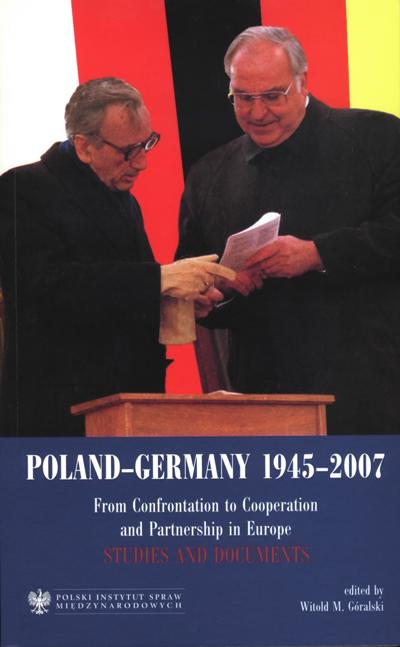 Summary/Abstract: Polish-German Relations and European Security 1. Introduction to the Polish-German Conflict in the Sphere of European Security 2. The Determinant of European Security in PRP-FRG Relations 2.1. The Institutionalization of Germany’s Division and European Security 2.2. The FRG’s and Poland’s Initiatives to Reduce Tensions in Central Europe 2.3. The FRG and Détente in European Relations 2.4. Soviet Dismantling of Détente and Relations between Warsaw and Bonn 2.5. The FRG and the Jaruzelski Plan 3. The Role of the FRG in Poland’s Accession to NATO 3.1. German Skepticism with Regard to NATO Enlargement to the East 3.2. Russia and Partnership for Peace 3.3. German Political Discussions about NATO Enlargement 3.4. The NATO Enlargement Problem and Russian Interests in Europe 3.5. Breakthrough in the Process of NATO Enlargement to the East 3.6. The German Epilogue to NATO Enlargement 4. Polish and German National Interests and the Europeanization of Russia 4.1. Between Politics and the Economy: New Dimensions of German-Russian Relations 4.2. Polish-German-Russian Relations under Conservative Governments 4.3. Bonn’s Eastern Policy and Germany’s EU Presidency 4.4. Polish-Russian Dilemmas in the EU Framework 5. The Russian Factor and European Security The Third Reich’s aggression on Poland in September 1939, the Nazi occupation, the division of Europe into the Great Powers’ spheres of interest, sanctioned in the Yalta and Potsdam agreements, and the East-West conflict, better known as the Cold War, all had an enormous influence on Polish-German relations after 1945. In this multifaceted setting, the post-war Polish-German conflict was programmed, so to speak, on two planes.