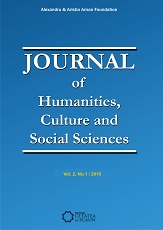 Summary/Abstract: In the nineteenth century Europe there was a contrasting picture of peoples, states and empires which were not confused with territories their population live on, with the forms of political organization they had, with the religion or habits they practiced or with the language they spoke. If at the beginning of the century, the Ottoman Empire continued to control, more or less in a direct way, most of the Mediterranean space, from Algeria to Egypt, from Arabia to Asia Minor and in Europe, the Balkans. Under the impact of the nationalist current and the politics of “balance of powers”, the occupied nations have tried to release one after another from the tutelage of the Ottoman Empire. The Paris Congress of 1856 represented for the Ottoman Empire the beginning of a new reform period that would evolve into a campaign of repression against peoples who refused assimilation. As a reaction to the defeats suffered on external level and to the riots that started as a result of the increasingly intense national movements on internal level, in the Ottoman Empire emerged Turkish nationalism, a current which has campaigned against federalization and for national homogenization under the pressure of the Turkish centralism. The events in the second half of the nineteenth century have spread across Europe, prompting the development of new trends and guidance lines in the politics of the existing states and empires, and the creation of new principles and diplomatic methods.