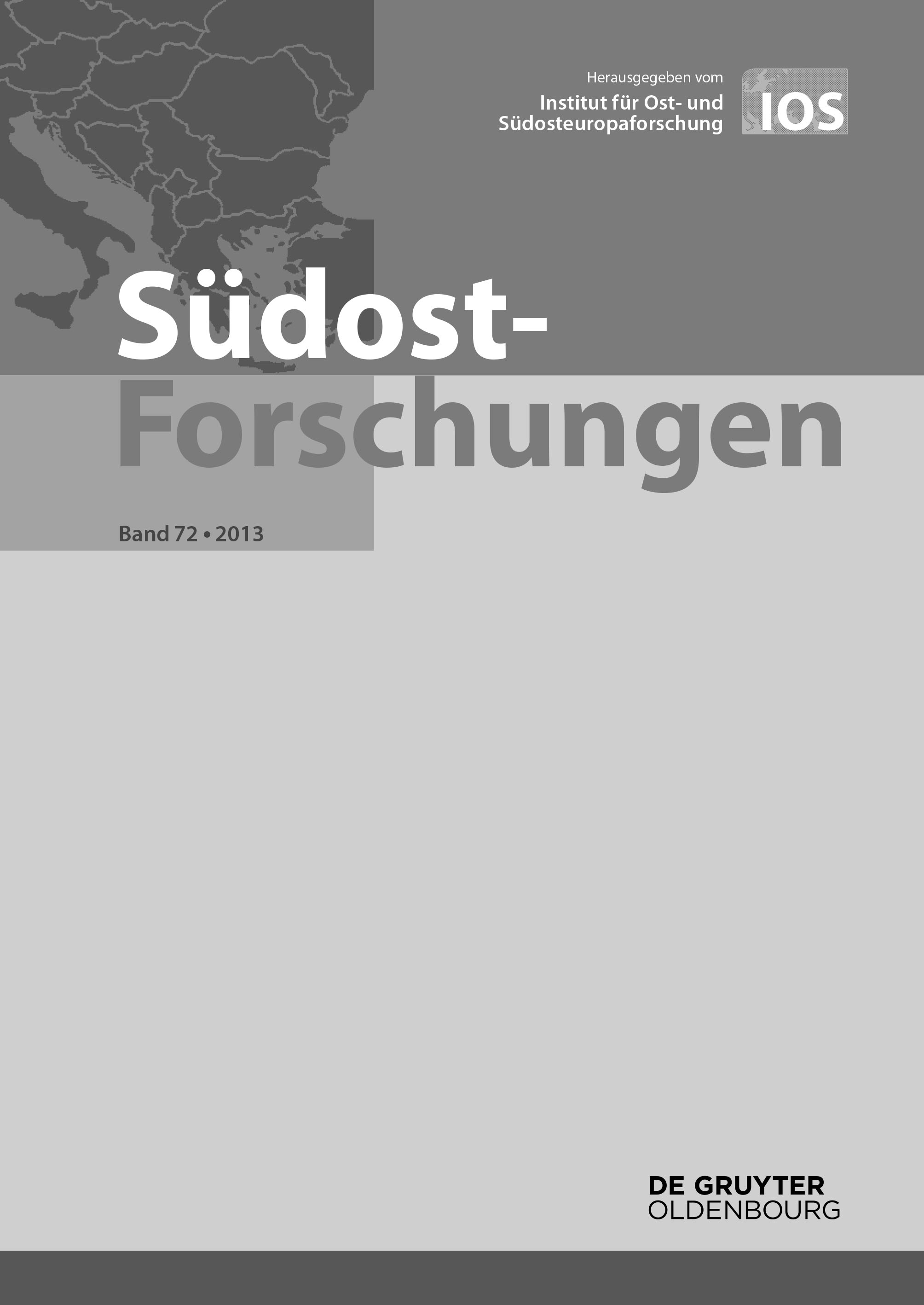 Summary/Abstract: While the Central European issues dominated in Austrian politics, the Habsburg Monarchy was not able to get more politically engaged in the Balkans. The turning point in relation towards the Austrian construction of the Balkan railways came into being only after the historical events that have significantly changed the position of the monarchy in Europe. This turning point in the policy, which is to some extent prepared by Beust, was marked with his departure from Ballhausplatz and appointment of Julius Andrássy as foreign minister in 1871. At the Beust’s time construction of the direct rail connection with the Ottoman Empire was seen as a political and economic necessity for the Monarchy and the Turkish plan to build rail connection from Constantinople to the Austrian border near Novi in Bosnia, created in 1865, have fit the intentions of its policies. However, implementation of this plan in Bosnia ended the 1872 with construction of the normal line from Doboj to Banja Luka. Austrian and Hungarian different interests in terms of the direction of the route to the Orient and foreign policy problems were an obstacle to the connection towards the East. Andrássy’s railway policy vacillated in terms of preference over the line through Serbia or Bosnia. Hungary was firmly against the eventual construction of the Bosnian lines before establishing a connection with the Orient through Serbia. Hungarians have agreed on a connection Sisak–Dobrljin only after ensuring the main train connections via Belgrade and interests of the Hungarian railways in the Bosnian traffic with Rijeka. Hungarian government has succeeded taking the win in its conception of the realization of rail connection with the Orient and Bosnia. Hungarian interests have played a significant role in the steps undertaken by the Andrássy, while in the Austrian public, after the Berlin Congress, was present dilemma for the most rational route for the rail connection with the East. This problem will be actualized on several occasions in the late 19th and early 20th century, when new importance in the policy of the Monarchy in the relations between Austria and Hungary was gained. The Hungarian government tended more to secure themselves in relation to Austria, with more appropriate position in Bosnia for the establishing a connection with the East, than they originally had in mind as benefits of rail connection with Bosnia. The new political and economic constellation in the late 19th century re-actualized establishing normal-gauge railway connection with stripe Sarajevo–Mitrovica, which would be an extension of normal-gauge railway line Budapest–Sarajevo. The author analyzes the railway policy of Benjamin Kállay and his ideas on the strengthening of economic and political position of the Monarchy in the Western Balkans through the realization of rail links through the Sanjak of Novi Pazar. Kállay railway program in many issues anticipated Austro-Hungarian railway policy of the 20th century in the Balkans, which Aehrenthal and Berthold sought to realize. Railway through the Sanjak of Novi Pazar could not be taken as a world hightway and as a concurrent to the existing connection of the Western Europe with Thessaloniki. Primarily It was Austrian-Hungarian political and military interest, and only partly economical interest. Plan of the railway construction was most closely associated with the development of the international situation and they represented one of the most important elements of Balkan politics Austro-Hungarian Empire, that author follows. Since the lines in Bosnia could be built only at the expense of the country, it has been built as a narrow-gauge track line from Sarajevo to the eastern border. It remained as one torso ineligible for remodelling into the normal line, at a time just before World War when normal line through the Sanjak of Novi Pazar were plotted. Paper is focusing to the problem of the realization of the Bosnian-Serbian railway connection as well as to directing Serbian export to the port in Dalmatia. In the time before the outbreak of the Balkan War in 1912 the Austrian industrialists, inferior in international competition, sought to create a closed space in the Balkans in which they could dominate. This plan was unrealistic. The writer analyzes the Austro-Hungarian program for economic agreements with the Balkan countries adopted in February 1913, in which the railway policy was the main factor of economic penetration and political influence of the Monarchy in the Balkans. Concept Count Berthold sealed this program, by giving the role of a special political instrument to the railway connection Uvac–Mitrovica. Author also points to the opposing views of the Austrian government members who opposed to direct connection with Thessaloniki via Bosnia, in the period immediately after the occupation of Bosnia and Herzegovina, considering the immediate Austrian interests. The opposition remained without effect on Berthold’s policy, which endured a failure. Austro-Hungarian political circles saw one of the main causes of the economic collapse of the Monarchy in the political events in the Balkans, so they gave a loud call for the solution of the situation.